BY Siyana Riley on September 12, 2013 | Comments: one comment
Related : Prince Andrew, The Royals 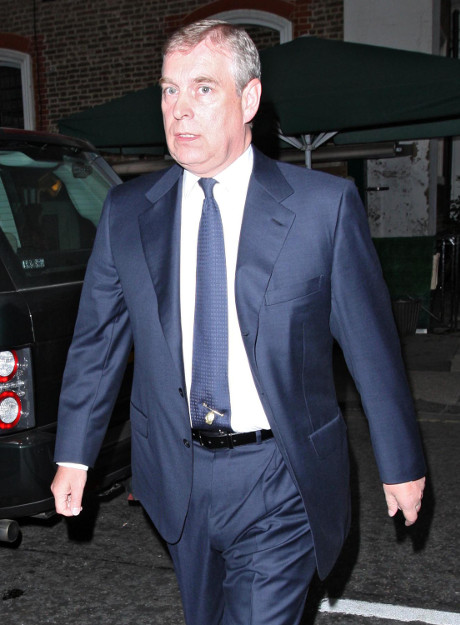 Prince Andrew has given a statement about how he’s ‘grateful’ about the apology from the police after they required him to identify himself after an intruder broke into Buckingham Palace. Even though the police shouldn’t have even apologized [considering they were just doing their jobs], they had to given Prince Andrew’s high profile.

In the wake of the news and the apology, the Daily Mail has written a scathing piece on Andrew and how he’s a ‘spoilt oaf’ who’s good for nothing else.

Some of the quotes that were given, “An undercover tabloid reporter, who some years ago infiltrated Buckingham Palace to get a job as a footman, found that the servants tasked with opening the royal curtains each morning in the Prince’s bedroom were invariably greeted with a testy ‘f*** off’. To Andrew, it would appear, rudeness is a way of life — whether you are high-born or from below stairs.”

They also gave another example, saying, “On one occasion, Margaret Thatcher’s deputy prime minister Willie Whitelaw engaged him amiably in conversation only to report later: ‘He talked to me as if I was his blasted caddy!”

Well, Andrew is a royal. William and Harry were raised impeccably well by their mother, but when you look at the royals at large, they’re generally a spoiled, bratty lot who think too highly of themselves. And it’s not just the royals – it’s also a large contingent of the British upper crust who thinks of themselves this way. Unfortunately, as long as Prince Andrew remains fifth in line to the throne, his behavior probably won’t change.