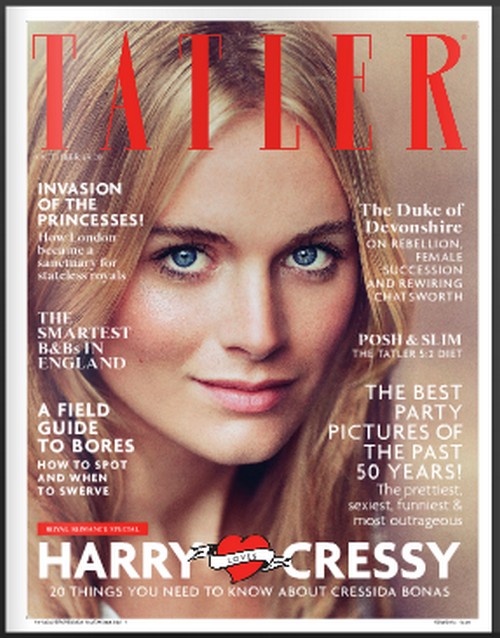 Prince Harry and the world are basically gearing up for his engagement announcement to Cressida Bonas. Yet lately things have really been amped up what with the birth of little Prince George. As I recall Harry said he couldn’t wait to have kids but his main problem was finding a woman that he would be willing take him and the royal life as well. He came close once before but Chelsey Davy, his then girlfriend, saw Kate’s life and knew she didn’t want the same. Burn!

So you see we can understand Harry’s dilemma. Cressida has stuck by him through the infamous Vegas trip and she was there waiting after his deployment. Say what you want about her less than impressive photos but she did stick by our favorite ginger through the good and the bad. Don’t know about you that sound like wife material. The only thing wrong with this fairy-tale is that Harry may not be as in love with her as he wants to be.

Didn’t anyone notice how these two are rarely seen together? When they are seen, albeit rarely, he shows a very nurturing side we’ve all come to love and expect from him but most of the time he doesn’t choose to spend his off hours with her. Not like he did with Chelsey. It looks like he kind of remembers Cressida literally at the end of the day. That’s not a grand love story. That’s settling.

And maybe that’s why Cressida had stories about her cold feet. She is 24. That’s pretty young to be tying yourself to the Royal Family and you’re not even sure your potential husband actually loves you. I’m sure she heard the horror stories like Diana. Prince Diana did come to regret her own choice faced with the very similar problem.

If Harry does marry this girl I don’t see a future we all crave for him. I see happy for now and only sharing respectability later. It’ll be like the old marriages in the aristocracy. After a while they’ll make do.