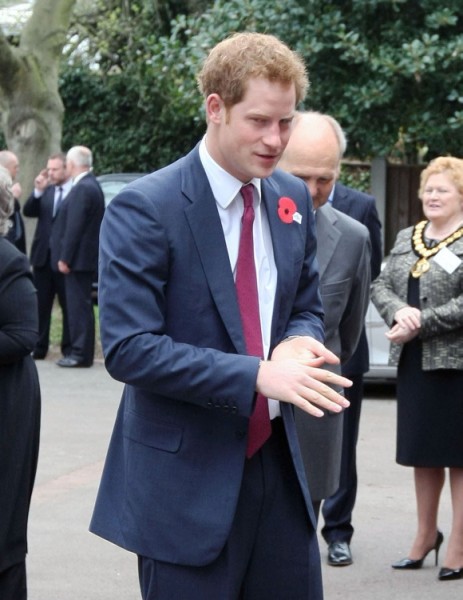 Remember a few months ago when Prince Harry was getting hot and heavy with socialite Cressida Bonas and there was actually talk of another royal wedding possibly in the making? Yeah, well, it looks like anyone banking on that idea can scratch it from the list. The couple really heated up once Harry returned from Afghanistan back in January but in a few short months things have cooled off considerably.

According to the June 3rd print edition of Star things reached a boiling point after Cressida complained that she’s not feeling like a priority in Harry’s life. He promised to take her on a vacation to help them to reconnect but then canceled at the last minute in favor of a trip to the U.S. Cressida is sick and tired of Harry only reaching out to her when he needs something. She realizes that she’s no longer a priority and is very close to ending things once and for all.

Realistically, it seems like Harry is finally starting to come into his own. He’s no longer just the bumbling party boy but instead has spent most of the last year showing that he is now grown up. He is garnering more respect and perhaps this isn’t the best time for him to be in a serious relationship anyway. Focusing on building himself up as a man might ultimately be in Harry’s best interest first.

Do you think that he and Cressida will work things out or is the writing obviously on the wall for this couple? Is Harry better off focusing on work for a while and continuing to repair his reputation before looking for love? Or is it simply a case of Cressida just not being the right woman for him? Tell us your thoughts in the comments below!