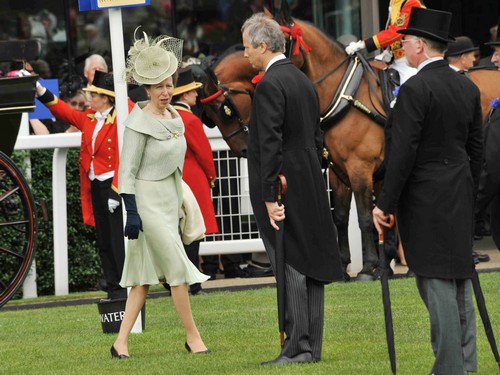 Princess Anne has waded into controversy after suggesting that we should consume more horse meat, perhaps forgetting that her own daughter, Zara Phillips, is a professional horse jumper.

For those of you who don’t know, there was a controversy this summer when it was revealed that hundreds of beef products across Europe were actually revealed to be made up of 100% horse meat instead. While Princess Anne was addressing this controversy at the World Horse Welfare Organization annual meeting, she stated, “I think this need a debate. Arguably, our response to the horse meat scandal – the scandal was that it was food which was improperly marked, not that it had horse meat in it, and that if you had put the correct label on it and put it back on the shelves that would have been the correct answer for everybody, because we need to be more honest about what’s happening. The most expensive piece of meat in a local butcher [in France] is a fillet of horse meat. We’ve got to face that and understand whether that value has a part to play in how we reduce welfare cases…if it has real financial value then you look a little bit further ahead in the way you look after your animals.”

Forget the fact that her daughter owns horses, raises horses, and works with horses for a living – she’s saying this at a horse welfare organization meeting! Talk about insensitive. I can understand if she went to a horse meat lover’s convention and said all this, but she didn’t. She decided to tell people who are trying to keep horses safe that everyone needs to stop freaking out about eating horse meat. Well, nobody ever said the royals were tactical. Maybe these kinds of comments were why Anne wasn’t invited to the royal christening?

What do you guys think about Princess Anne’s comments? Do you agree that they were insensitive, or do you agree with her? Let us know in the comments.