Princesses Long Island RECAP 6/2/13: Season 1 Premiere “You Had Me at Shalom” 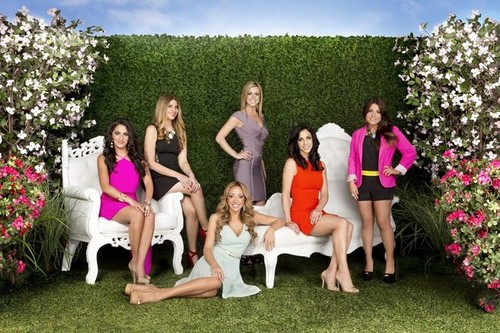 Tonight on BRAVO is the premiere of their new reality show PRINCESSES: LONG ISLAND.  On tonight’s premiere episode called, “You had Me At Shalom” we will meet the Princesses, a group of young women from affluent areas of Long Island who live pampered lifestyles in the comfort of their parents’ homes.

The show follows six young ladies (Amanda Bertoncini, Ashlee White, Casey Cohen, Chanel Omari, Erica Gimbel, Joey Lauren) as they explore their personal friendships, struggle to find and hold onto love, and battle with their hovering parents — who probably are wondering when these twenty-somethings are going to finally leave the nest.  If you want to find out all about the princesses go HERE to read their BIOS.

On tonight’s show we meet the Princesses, a group of young women from affluent areas of Long Island who live pampered lifestyles in the comfort of their parents’ homes. In the premiere episode, Chanel enjoys Shabbat dinner with her modern Orthodox family, only to be reminded that her marriage clock is ticking.

Ashlee gets a mani-pedi with her father and shops for a dress for her 30th birthday party with Joey, the lone Princess from the South Shore. Amanda enjoys a romantic date with her older boyfriend, Jeff, and tries to keep her mother from tagging along. Erica hosts a pool party for the girls that turns from posh fun to mosh pit mayhem as the drinks flow and the season kicks off in dramatic style.

RECAP: One of the downsides of having everything is that you don’t want to be seen as being stuck. Chanel, a Long Island Princess, is having a hard time being single. Even though her family don’t appear to be pushing her from the nest, she’s feeling disheartened about being single in her late twenties. Especially with a sibling about to get married while she’s still healing from a breakup.

Chanel and Erica, two close friends since high school, are enjoying the barbecue when Chanel mentions her ex. Her sistuations reminds Erica of her own ex. A man she’s also known since high school but has been on and off dating for the last 10 months.

As she reaches for her drink though the downside of living with your parents is revealed in her aside. Her dad tells her to be careful while she’s drinking thus making her slightly annoyed because as she said herself she’s no longer six.

Ashlee and her dad go to the nail salon together. Unlike other dads, her dad helps pick out her colors. Instead of grunting he keeps up chit chat with her while also getting a pedi. Ashlee tells him how hard it is in the dating world especially trying to find a guy as great as her dad.

Perfectly understandable if your dad doesn’t bat an eye as he pushes you towards the door because his daughter can’t wear flats.

Amanda and her mom, Babs, are living together. However unlike the other parents the mom is showing apprehension about her daughter getting married. Her boyfriend, Jeff, an older man not afraid to say “I Love You” is looking forward to marrying her. Still having his future mother-in-law call’s interrupt their date doesn’t seem to faze even Amanda can’t help make faces.

After some minor navigational difficulties, Ashlee is able to meet up with Joey. They drive to the store but unfortunately find it closed because of a blackout. Suprisingly, Ashlee is able to talk her way in to hold her dress. The art of negotiation.

Later Joey and Erica are hanging out by the pool. Erica is thinking about a pool party. A quick check with her dad and the party moves from the hypothetical to reality. So what’s got her down. The pressure to get married. Erica tells Joey all about her mom. Her mom mentions on an almost daily basis when is she going to get married and have children.

Meanwhile Amanda, Jeff, and Babs are out shopping. Babs can’t help throwing in some quick snaps at Jeff but he remains the gentlemen. The one person who has to put their foot down is Amanda. Why? Well her mom wants to go to Erica’s pool party with Amanda. Amanda is going to fight that but who will win?

The pool party in underway. Everyone is having fun and the clothes are stripped off in glee. Amanda and Jeff arrive. At first everything is fine until Sarah, Joey’s friend, opens can of worms. She immediately goes up to Jeff and informs him that she’s his facebook friend. She then drunkenly tells others how Jeff used to stalk her.

She then goes back to talk to Jeff and Amanda. She refuses to take a hint and begins to insult them. Once the “f” word drops the fight becomes unstoppable. Erica doesn’t want a fight at her cousins’ place, Joey doesn’t want to involve herself in other people’s drama, Ashlee gets upset because of all the drama, and Amanda wants Sarah to be thrown out. All Chanel can say is “this why we aren’t married”.