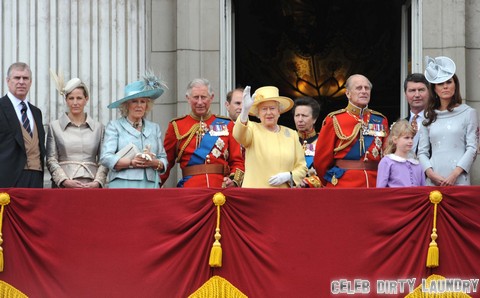 So, Pippa Middleton is all set to become a Lady once her parents are bestowed with aristocratic titles by Queen Elizabeth after big sis Kate Middleton gives birth to the future monarch this summer. Pipster will finally have those elusive aristo men flocking to her, falling to their knees and begging for her hand in marriage when she becomes “official.” This is exactly what mommy dearest Carole Middleton has always wanted for Pipsqueak: to have her own happily ever after with a rich, titled man who comes with a massive country estate.

But then again – what if it all backfires?

Pippa’s always been on the outskirts of the aristos’ social circles. Only a few have ever really accepted her – like George Percy, who’s since dumped their friendship for fear that her scandalous C – list celebrity status that she earned after the royal wedding would drag the Percy family name through the mud if he’s seen with her.

But most of the aristos have never fully let her in, nor have they ever considered her to be one of them. They’ve always sneered behind closed doors at Kate and Pippa – the “Wisteria Sisters,” as they were so aptly nicknamed for their ferocious ability to climb the social ladder by the very same aristos they’ve always been so desperate to impress – and the rest of the crude, social climbing Middleton family.

Which makes me wonder if in fact it will get better or if it will just keep going steadily downhill for the Boleyns – er, I mean the Middletons – even if they get titles with the royal birth this summer? Even if they get titles, it’s quite possible the upper echelons of society still won’t be impressed with the meddling Middletons – in fact, the top crust of society could wind up being utterly pissed off with the Queen and the entire House of Windsor for officially raising the scheming Middletons into the ranks of the titled elite of society.

I really don’t think the aristo doors that the Middletons have been drooling to get through all these years will finally be open to them once they’ve got titles attached to their names. Instead, this whole thing could backfire in a massive way. In reality, the royal family might be aligning themselves with the Middletons, instead of the Middletons being accepted into the upper crusty folds of British society. Giving titles to the Middletons could be a mistake of epic proportions on the part of the royal family.

And anyway, didn’t Prince William like the fact the Midds are commoners? Wasn’t that what attracted him to them in the first place – the fact they don’t have any titles?! And exactly what contribution has the Middleton family made to Britain? Other than providing Willy with a submissive royal bedmate to produce the future heir? No other commoner in-laws have received titles – why should the pushy, social climbing, meddling Midds?

This whole thing is playing out like the Boleyns infiltrating Henry VIII’s court. Take note Middletons: it didn’t end well for the Boleyns… just sayin’. Either way you spin it, it’s not looking good for Pippa. Poor pipster. She really got left in the mud – along with the Middleton family name – when her sister married her prince.