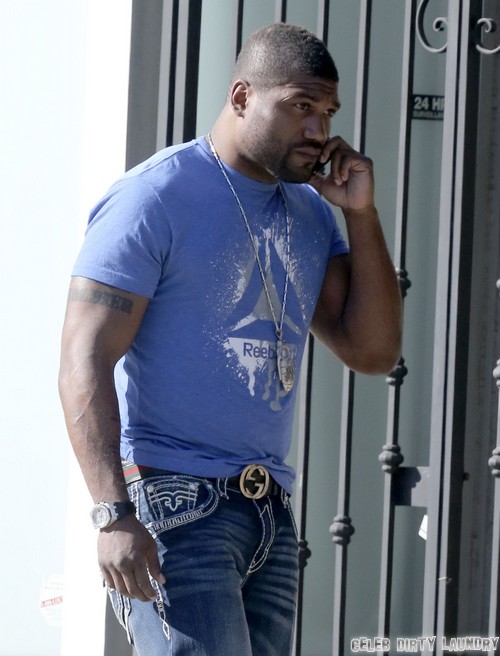 Rampage Jackson has signed a brand spanking new deal with TNA wrestling and UFC rival MMA company Bellator. He also said that his new deal makes his old UFC deal look like peanuts. So now he’ll be getting some decent fights AND better pay — who could argue with that?

Speaking on the topic of the new deal, Rampage said, “When you look at my deal in the UFC, and the scope of what my deal with Bellator and TNA is, this is a dream come true. When other fighters get the chance to see everything I’m able to do with this deal and the benefits it provides, you’re going to see a big change in MMA. I guarantee it.”

He left the UFC earlier in the year after claiming that they treated him like total garbage. He said that they even went as far as screwing him over financially. UFC chief Dana White basically called Rampage an “overpaid wash-up” in response. TMZ has more details:

Under his new multi-year deal with Spike TV, Rampage will compete in Bellator and also appear on TNA’s “Impact Wrestling.” He also gets a reality show. So far, no word on how much he’s getting paid.

As for his old boss, White just sent us this statement: “Good for him. I couldn’t be happier for him. I hope he is happy. And good luck to him.”

Good for him. We’ve heard that Dana is a total douche and doesn’t really pay any of his fighters what they are worth. What do you think?