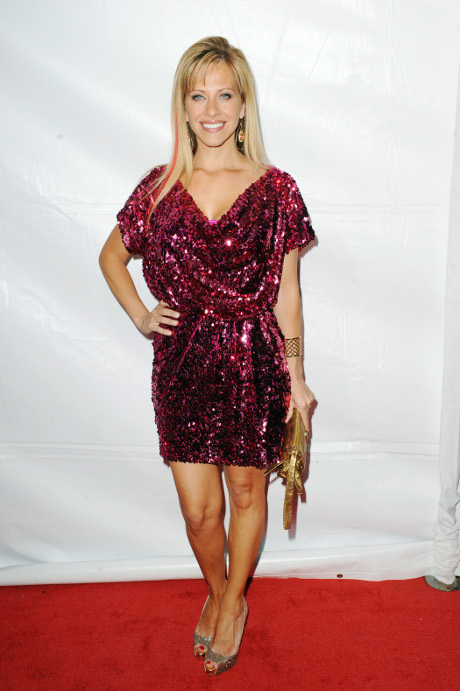 Real Housewives of New Jersey season 6 might be getting a cast shake up. Radar Online is saying former cast member Dina Manzo may be coming back to the show!

Dina left RHNJ midway through season 2. She left the show due to conflicts with Danielle Staub. Dina went on to have a show of her own on HGTV. Dina’s fans are wondering what would make her want to come back to a show she hated. I’m guessing she needs the money. Dina separated from her second husband in February.

Although Dina is in serious talks with Bravo, her return to Real Housewives of New Jersey is not a done deal. Radar Online is reporting Dina will not come back to the show unless her sister in law Jacqueline Laurita is fired. A source told The Huffington Post “Dina wants to come back but wants Jacqueline fired first, because she is afraid of fighting with her. Jacqueline always protected Dina until she dragged her in the season one finale wanting her to lie for her while she cowardly let Caroline cover for her.”

Viewers saw Dina and Jacqueline argue during season one. Jacqueline was openly annoyed with her sister in law. At the fundraiser for Dina’s charity, Project Ladybug, Jacqueline was told she was there to work, not as a guest. In her talking head Jacqueline complains that since she is family this is what is expected of her. Jacqueline also says the Manzos and Lauritas expect complete loyalty, even if one of her in-laws is wrong. In the season one finale, Jacqueline gets hostile with Dina. She caught Dina in a lie and said she would not cover anymore.

Dina is close friends with Teresa Giudice. Her return to the show would make a good dynamic because Teresa will have someone on her side.

Season 6 has not yet been announced. Bravo wanted to wait for season 5 to be over before talking about producing another season. The season 5 reunion shows will start airing on October 6.