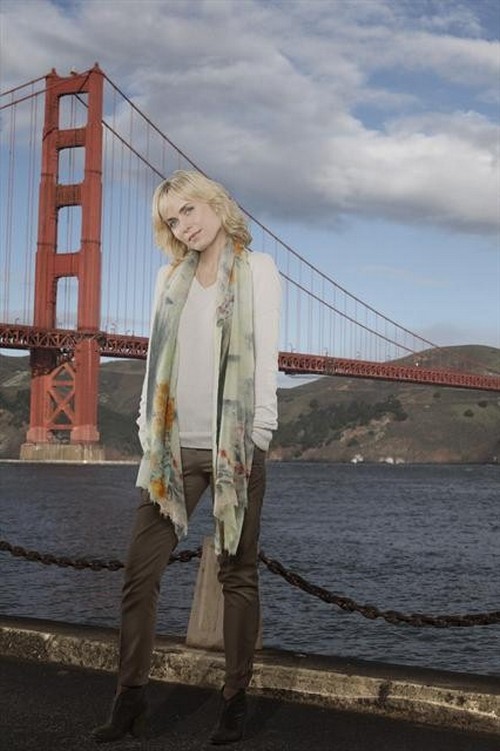 Tonight on ABC there new family drama series RED WIDOW airs with its pilot episode.  Red Widow is about a mother who will stop at nothing to protect her family following the brutal murder of her husband.

Marta Walraven, a stay-at-home mom in tony Marin County, near San Francisco, has spent most of her life staying out of her father’s world of organized crime. But when her loving husband, Evan, who supports the family by exporting marijuana, is brutally murdered in their driveway, everything changes. Marta’s primary concern is to protect her three children – and yet when an FBI agent promises justice in exchange for her cooperation, she hesitates to go against the “Bratva” (Russian mob) code.

Evan’s business partners – Marta’s scheming brother, Irwin Petrov, and their best friend, the hapless Mike Tomlin – were involved in the theft of millions of dollars of cocaine from a formidable international crime boss, Nicholae Schiller. Evan paid with his life, but as far as Schiller is concerned, his debt is not clear. It is up to Marta, as Evan’s widow, to navigate the criminal underworld in order to repay this debt – whatever way Schiller sees fit.

We are live recapping the episode for you at 9PM, so stay tuned for our recap.

Red Widow bites audiences and we’ve already caught the bug. The show unravels with an infinite amount of secrecy. Despite the predictable dialogue, this show screams watch me. Within moments, the audience begins to ask the following: is this the mob or something far more insidious?

The show may struggle from mediocre pilot syndrome which means we may love this show for LOST proportions, but we can’t quite predict why as of yet. It may not be ALIAS or REVENGE but Red Widow starts strong. A two hour pilot is never an easy feat but this show picks up pace like a scene from the Fast and Furious. If you’ve ever watched a good episode of television, you can sense that something wicked this way comes. BOOM, BOOM. Within seconds, the heroine’s husband is shot to death in the middle of a suburban driveway.

Predicable yes, but we’ve been holding our breath for 25 minutes. You can’t help but think, thank God for commercial breaks.

It may be a middle-aged version of REVENGE but the show is still riveting. Like all good pilots, Red Widow alludes to a much larger plot line, which will follow the arc of the entire series. Marta’s husband has left her with quite the legacy to sort out, not unlike ABC’s Brothers & Sisters, but “something has gone really wrong” and now a wife must rediscover her husband’s past, trusting no one but herself. Will she be able to handle the truth or will she buckle under the pressure of a past she never knew? Can a mother of two learn enough in time to protect her husband from imminent in prison?