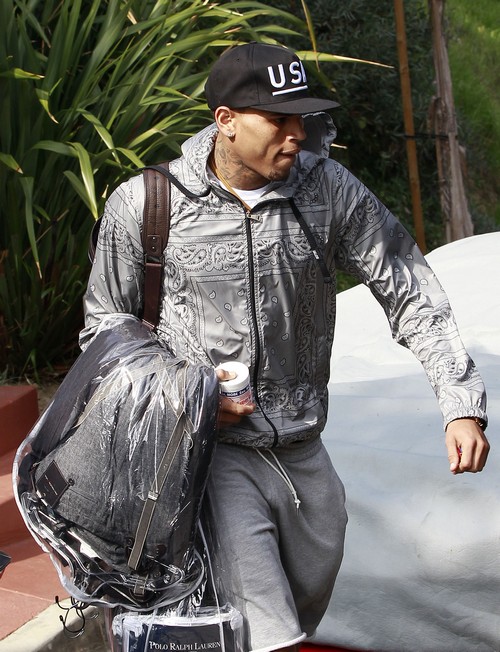 WTH!  Chris Brown headed to the court house today to face a judge over claims that he faked his community service.  The District Attorney would really like the judge to find Chris in violation of his probation.  Chris is on probation for beating up Rihanna.

Chris was sentenced to do 180 days of community service, but had completed a reported 202 days. The Chief of Police in Richmond, Virginia wrote to the judge stating that Chris was all done with his requirements.  The District Attorney in Los Angeles has already filed the documents stating that Chris is in violation of his probation because the community service was bogus.

Now comes the shocking news Chris Brown showed up at court today with Rihanna.  Rihanna is the person he was convincted of beating in 2009.  Is she out of her mind?

According to TMZ, “Sources at the courthouse tell us Rihanna blew Chris a kiss and said some supportive words to Chris before he entered the courtroom.”

This is totally insane, I feel deja vu here.  Does anyone remember Whitney Houston and Bobby Brown???? Seems like the same situation.  Rihanna is out of her mind.  What do you think is she just being loyal?  Hit the comments and let us know your thoughts!