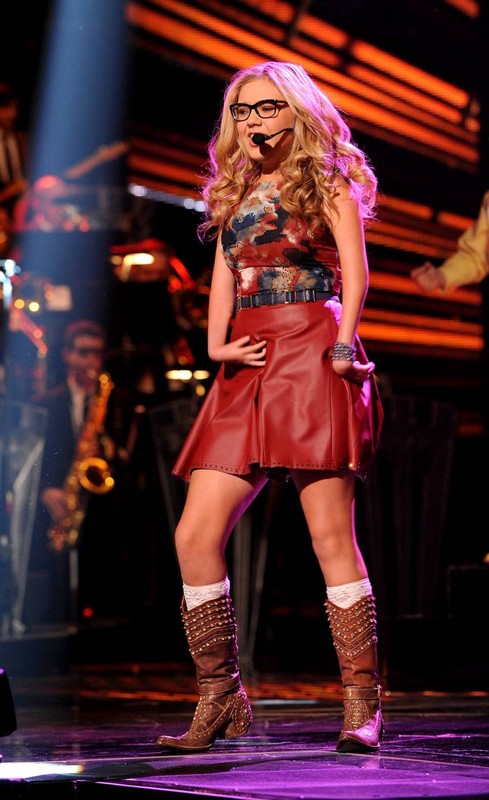 Rion Paige took the stage on THE X FACTOR USA for her Top 6 live performance and Diva Week.  Rion Paige sang Glass  by Thomson Square for her second song. On tonight’s show the top 6 performed live in front of coaches Simon Cowell, Kelly Rowland, Demi Lovato and Paulina Rubio for America’s vote and to make it to the coveted “Top 5.”  Did you watch tonight’s performance show? We did and we recapped it here for you.

Judges’ comments:  Kelly says that unplugged allows the artist to be vulnerable; Paulina says that she is such an inspiration and that she empowers them with her talent. Simon says that it was so much better than the first song and believes she could have saved herself with that second song. Demi says that every word of that song is what she is about and it’s inspiring; she deserves this and America should vote for her. If you want to see Rion Paige make it another week, you have to vote for her.

On last week’s show Rion Paige performed “Swingin”  by Jessie J – Kelly said, “Rion has just put her diva hat on,  wonderful job!  Your vocal was good.  I did not know you were so flirty.“  Paulina: “Blondy I love you so much, I am so excited for this moment.”  Simon: “Did you choose this song, because thank God you did it was the perfect song – you handled the choreography great – you are as cute as a cupcake.  What you showed tonight is the sort of artist you should be.”  Demi: “I have to say it was your best performance, you killed it.  Simon you have to watch out.  I love you Rion, and I am thankfuil for you.”