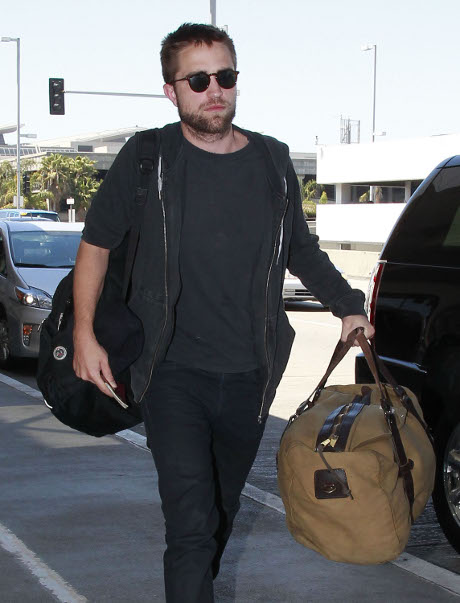 The Robert Pattinson-Kristen Stewart breakup is the gift that keeps on giving. After setting Twihard panties on fire in 2008, Rob and Kristen (or Robsten, as they’ve come to be known) have been at the center of tabloid attention. They’ve embarked on an epic romance that has lasted throughout many Twilight premieres and interviews, but alas, their relationship just could not make it in the long run. Reports state that even though Rob tried to forgive Kristen for cheating on him last summer, her ‘moody behavior’ just didn’t make it any easier, and he got sick of dealing with her selfish behavior and decided to end the relationship, once and for all.

Now that Rob and Kristen have had a clean break and he’s moved out of their house, he can go back to having fun [finally!]. And he’s not waiting even a moment before he gets back on the scene. People reports that Rob was spotted hanging at Teddy’s at Roosevelt Hotel, where he spent the majority of the night flirting with a brunette. People’s source says, “He spent most of the night chatting with a brunette. There was definitely some flirting going on but it was all just talking, there was nothing physical going on between them and they never touched each other.”

The source also adds that Rob definitely didn’t look like a guy who just went through a difficult breakup, saying, “He sat on the couch at his table and sipped on multiple vodka cocktails throughout the evening. You’d never know he had just gone through a breakup. He was smiling the entire night and was in a really good mood. There wasn’t a trace of sadness on his face.”

Why would there be sadness on his face? He’s finally, finally free of that cheating trampire. There are no film obligations, no publicity obligations, and nothing to keep them together. In all honesty, they’re both better off without each other anyway. Being apart will give them fresh perspective, and they’ll be able to move past everything Twilight represented for them. Maybe they’ll even get left alone by the paparazzi now that they’re not together anymore [not likely].