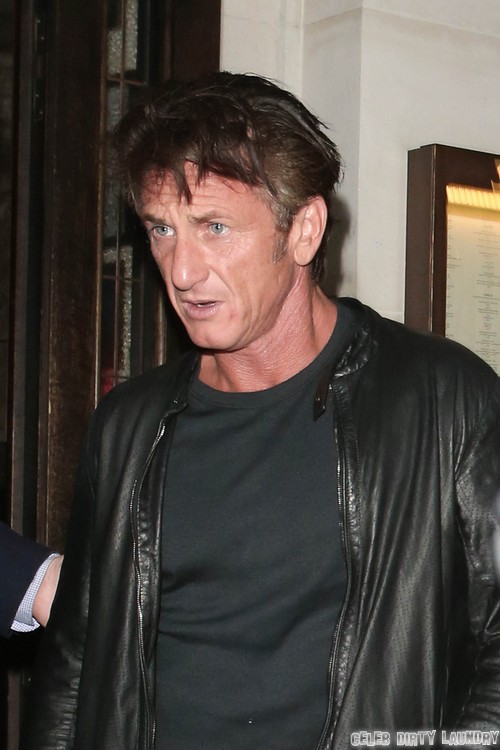 When it was confirmed that Robert Pattinson was actually dating Dylan Penn, daughter of Sean Penn and Robin Wright, the first thought that crossed my mind was that Rob better not piss off her father. Sean Penn is notorious for losing his temper, and I can imagine how protective he must be of his little girl.

A report from Metro claims that Sean actually had a sit-down meeting with Rob, warning him not to break his daughter’s heart. A ‘source’ supposedly told Metro, “Rob and Dylan get on well and really fancy one another. It’s obvious Dylan is smitten. But Sean had a chat with Rob recently. Sean knows what it’s like to be a young, successful actor and the beautiful women that come with it. Sean gave his piece about not getting too heavy with his daughter if he’s playing the field, as he doesn’t want to see her hurt.”

Yeah, I don’t believe this. Not because I don’t believe that Sean Penn wouldn’t warn Rob away from his daughter, but he would never be so mature about this. Sean has openly admitted that he hates all the younger actors in today’s Hollywood generation, and I doubt he would be so cool seeing his daughter dating the world’s hottest Bachelor – or at least, the world’s most chased Bachelor.

However, whether Sean likes it or not, Rob and Dylan seem to be getting serious pretty quickly. After reports of the two dating came out, they were supposedly spotted again at Chateau Marmont, ‘kissing and cuddling up’. If they’re willing to be so affectionate in public, there’s no doubt that the two are moving forward in their relationship.

What do you guys think about Rob and Dylan dating, and Sean warning Rob about breaking his daughter’s heart? Let us know your thoughts in the commen