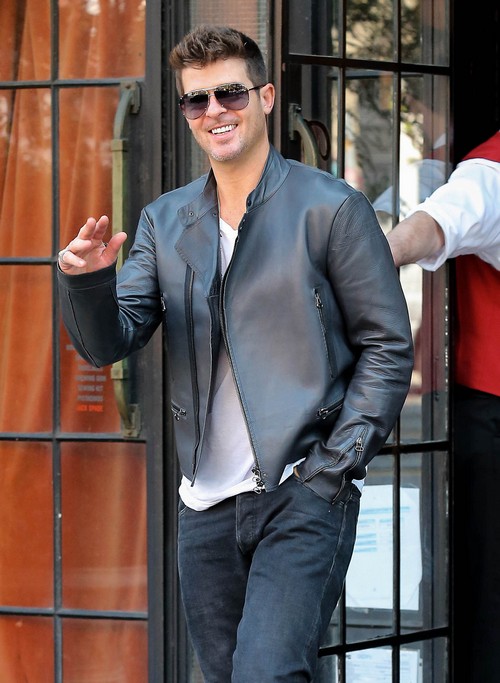 This summer iHeart Radio has been bringing us summer concerts here in NYC. A entertaining way to try and escape at least some of the heat but who can say can’t be generated indoors. Last night’s guest of honor just happen to be Robin Thicke and if you honestly believe that man can’t stir something to rival mother nature, oh you’re so wrong.

Beginning with his summer hit “Blurred Lines” might have scorched the singer just as much as the audience. He needed several towels and wasn’t afraid to give them out to the audience. Which was only one of two mistakes he made last night. Never give out DNA when science is so close to cloning human beings. It wasn’t merely towels but “part a” in a diabolical plan. His second mistake was less dangerous and yet played very nicely. He honestly forgot some places in one of his songs. Only die hard fans would have noticed because his band still kept up with him. 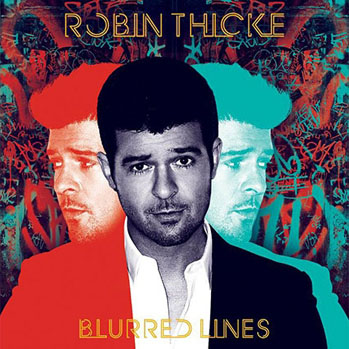 In a surprise move created by the producers, Robin was asked to do a cover song. Now everyone that was there were his fans and a cover could have upset the crowd but his rendition of Icona Pop “I Love It” was good. He slowed the tempo and turn the song about burning an ex to a song about fighting for someone.  Something he apparently has experience with when he was explaining one of his own songs.

That was one of the things that makes Robin’s songs stick out. Most of them have their own stories. And in a different format and genre their just as personal as a anything Taylor Swift decides to dish out. her songs makes you understand why she’s single and his songs help you understand all of the children that were born 9 months afterwards. That’s how its done!

No worries though if miss the latest concert, iHeart Radio works hard all summer long so there will be plenty of more chances to catch another artist LIVE.

The series will feature intimate performances with artists such as Of Monsters and Men and Jason Derulo at the iHeartRadio Theater in New York City. Open For Summer content will be showcased across Clear Channel’s radio stations and websites nationwide. Local DJs will amplify the campaign and give listeners a chance to win a VIP experience at one of the iHeartRadio Live Coca-Cola Summer Concerts.

You see VIP status can be open for anyone. All they have to do is become a lucky listener and maybe they can get their own towel of DNA.  Happy listening from CDL.