Royals Cashing In On Kate Middleton’s Baby – Are They Any Better Than The Middletons? 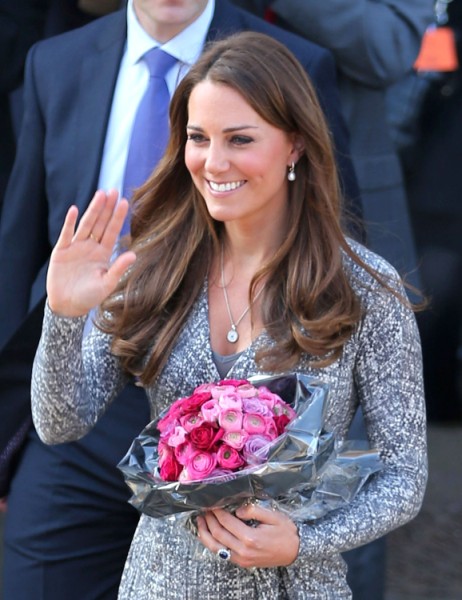 Even royalty needs to make money and those Brits have realized that Kate Middleton – or should I say Kate Middleton’s baby is their new cash cow. After making more than $15 million on Kate’s iconic wedding dress which was on display at Buckingham Palace last summer the Royal Collection Trust has decided to launch its first ever selection of baby goods after the birth of the new heir. Yes, after. Did you catch that? The launch is happening after the summer so as not to seem too tacky. Does that work for you? It’s defending its decision to start selling the baby goods now instead of before since the Trust wasn’t established until 1993 – after Prince Harry was  born. Apparently the birth of the Queen’s first great-granddaughter in 2010 or even the births of Prince Andrew’s kids were not important (or lucrative) enough.

So why is this OK? Why do the Middletons continue to get hounded for selling baby items on their website Party Pieces when the Windsors are basically doing the same thing? True, the Royal Collection Trust is a charity and Party Pieces is Carole Middleton’s personal charity but there are similarities. I’m pretty sure the Queen has to sign off on these things and all the money generated goes to the upkeep of the collection of art treasures and exhibitions. It’s a pretty symbiotic relationship. Party Pieces’ money goes to the upkeep of Pippa Middleton. What’s wrong with that?

Should Prince William feel used? Is Kate Middleton’s baby making money a part of being royal much like cutting ribbons and waving? If that’s the case Kate’s not common at all, her parents have been selling off her image for years. How else were they supposed to buy that family crest?