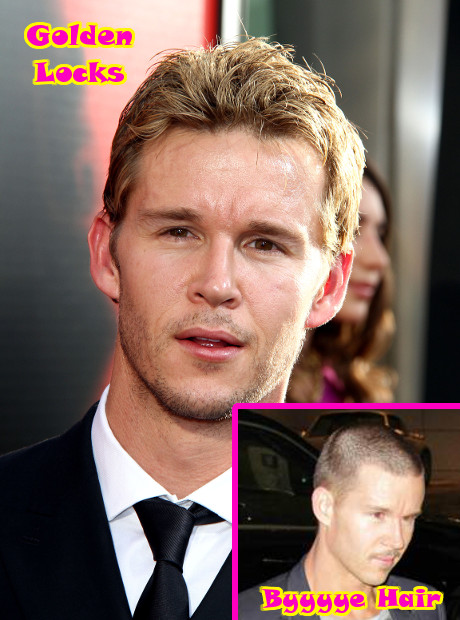 Ryan Kwanten, better known as Jason Stackhouse from HBO’s True Blood, has cut off his luscious locks and is now sporting a buzz cut and a pornstache. According to reports, the new look is for his next movie Northmen: A Viking Saga, and I doubt his old hairstyle would have suited him as a viking – not unless they were willing to be historically inaccurate. As many True Blood fans will tell you, a large part of Kwanten’s appeal was in his hair, which is very sad since it’s all gone now.

Kwanten has been working a lot in the past year, much more than he used to a couple of years ago. True Blood’s obviously given him a huge boost, although not as much as Alexander Skarsgard. Due to the show, he’s been able to land roles in films like Knights of Badassdom, 7500, and Reach Me. It looks like he’s now trying his hand at historical dramas and action films, which should turn out fine since he’s definitely used to that from True Blood.

And by the time True Blood starts shooting its next (and FINAL) season, a large part of his hair will have probably grown back. Or, if it hasn’t, there are always wigs.

What do you guys think about Ryan’s new haircut? Let us know your thoughts in the comments.