Ryan Seacrest’s American Idol Job is on the Line: Will he Bite the Bullet and Take Pay Cut? 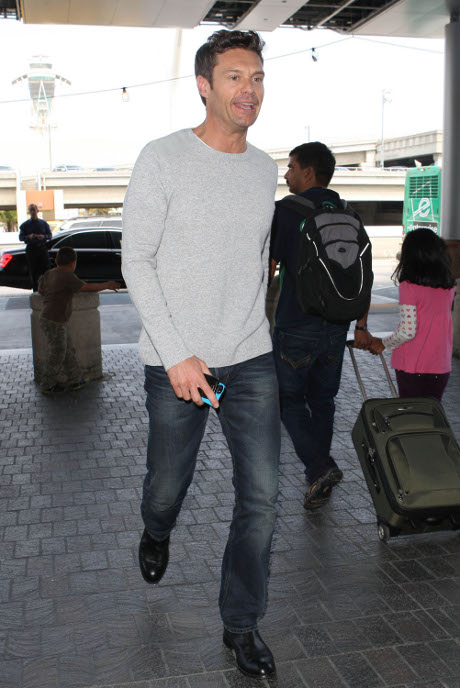 By now I think that everyone has heard all of the rumors swirling about American Idol. This past season the show sucked rocks and the ratings were in the toilet for the entire run. Even Duck Dynasty kicked Idol’s ass at one point, pretty much confirming what long time fans of the show already know, it’s kind of jumped the shark.

Of course Idol producers have no intention of going down without an absolute fight and we’ve already heard that all of the judges are likely to be replaced. According to the June 17th print edition of STAR magazine Ryan Seacrest‘s job is also on the line. I guess it’s pretty hard to justify that $15 million dollar-a-season salary when no one is really watching, right? Ryan has been informed that he will need to take a hefty pay cut to stick around for another season and if he’s not willing, there may be zero chance of the show returning to FOX again next year.

Obviously, Ryan isn’t in desperate need for the cash that Idol pays him. I suspect his ego will take a bigger shot than his bank account if he agrees to the deal on the table. Do you think that Ryan will be willing to swallow a bit of pride for the good of the show or is he going to hit the bricks just like fellow AI veteran, Randy Jackson announced that he is doing?

Do you think that the show should consider replacing Ryan anyway? Would a new host help to freshen up things just as much as finding the perfect judges will? Is it time for Idol to completely clean house and begin again? Tell us your thoughts in the comments below!