BY Roberta Ferguson on May 21, 2013 | Comments: one comment
Related : Kourtney Kardashian 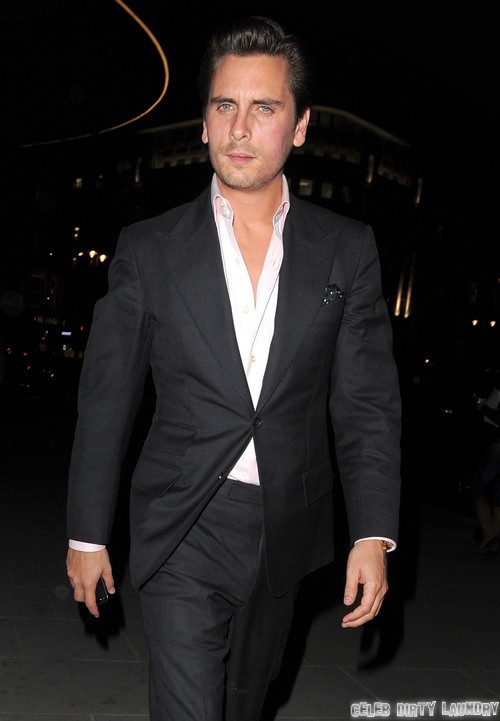 Perhaps Scott Disick has taken quite the liking to partying it up with his bros on the east coast without his babies’ mother, Kourtney Kardashian? It would appear that Lord Disick is rather fond of his late nights out drinking, wouldn’t you think?

Why else would the man leave his girlfriend and two kids back on the west coast and party it up like there’s no tomorrow in Boston?!? He was there drinking Champagne and beer with his pals this past weekend in Boston. Radar Online reports:

He started off his Friday night at Empire Restaurant and Lounge in Boston, where he enjoyed a feast of crispy shrimp she mai, shrimp and tofu fritters, blackened snapper maki rolls and house fried rice. Perhaps to ensure he stayed on his best behavior, he had two E! producers by his side throughout the night, a source tells RadarOnline.com.

Next, he crashed a graduation party for Boston University students at Estate nightclub. Not content to let the night end there, he continued on to Gem nightclub.

DJ Buddy Costa said, “Scott came in around 1:15 am with two or three guys. Scott was definitely enjoying himself. He was really friendly.”

The eyewitness said that he had bottle service at the table and was partying it up until 2AM with some Ace Of Spades. So basically, he’s out on the town splurging on expensive drinks while Kourtney is stuck at home with the kids.

The next day, Scott was schedule to be a guest host for the KISS 108 Kiss Concert right outside of Boston. The funny part is that he only showed up long enough to introduce Demi Lovato at around 9PM. It’s pretty bad when your drinking affects your job, no?