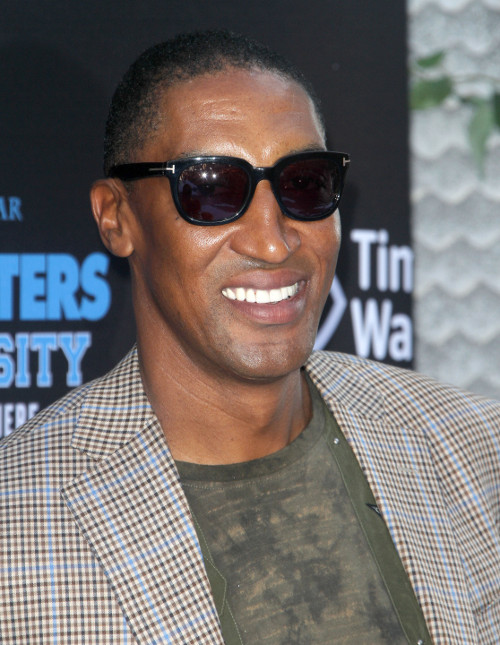 Scottie Pippen might have been a winning basketball player, but even all that athletic glory can’t protect you from the Law. Last night, Scottie got in a brutal brawl with an autograph seeking fan. As the story goes (and it’s still slightly murky at this point), Scottie punched the fan in the face, knocking him out cold, and then proceeded to kick him repeatedly. Nobody is quite sure yet what provoked Scottie, but if the fan merely waltzed up to him in a harmless fashion asking for nothing but a simple autograph, well, then Scottie is going to be in major trouble. And he probably will be regardless.

TMZ exclusively reports: Pippen allegedly brutalized an autograph seeker outside Nobu restaurant Sunday night.  The man was knocked out after Pippen allegedly punched him in the face and kicked him repeatedly. Pippen left the scene.  As for the victim … he was taken to a hospital with serious injuries, including broken teeth and a swollen mouth.  He also suffered injuries to his head and back.

It turns out that Scottie turned himself in to local Malibu authorities and has been booked for “felony assault with intent to commit great bodily harm.”

Scottie is one big dude — roughly 6 feet 8 inches and all of 200 pounds. We’re not sure how big or small the individual is he attacked, but I think it’s safe to say that he’s much smaller than an NBA superstar.

The victim is in decent condition, but he was taken to the hospital with broken teeth, swollen lips, as well as head and back injuries. It will be interesting to hear that guy’s side of the story — or, really, any side of the story being that nobody really knows much on the matter. What do you make of Scottie’s lashing out?

UPDATE: TMZ is now reporting that Scottie Pippen has not been arrested; cops apparently decided against the arrest. “Law enforcement sources tell us, Pippen contacted authorities in Malibu moments ago. We’re told police decided against arresting Pippen after speaking with him. The investigation is ongoing.”