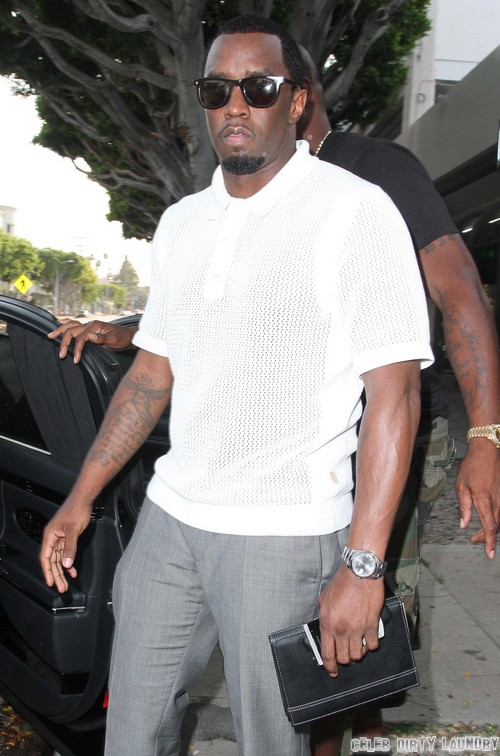 Why is it that musicians end up getting into so many more physical fights than actors and other entertainers? It is just the nature of their job, or just some personality trait that is rampant in that part of the industry? Either way, a report of a fight between Sean ‘Diddy’ Combs and rapper J. Cole is making its way online.

A source explains, “Sean immediately pounced. Some pushing and shoving happened. No punches were thrown, but it was a visible disturbance. A few bottles splashed to the floor and some partygoers were knocked over, falling on top of Renee Graziano from Mob Wives.”

Apparently, this fight went down around 3 AM, when most of the party guests were already pretty drunk. Others at the party included Beyonce, Leonardo DiCaprio with his posse of dudebros and models, Drake and Rihanna [who reportedly arrived together], Joey Fatone, Jessica Biel, and Kevin Hart. It seems like everybody who was in New York City at the time made an appearance, which adds up to quite a load of celebrities.

There aren’t many details available to what happened after Sean and J. Cole’s fight, but I’m guessing J. Cole was thrown out since it was Sean’s party. Considering that Cole also seemed like he started the whole thing by flirting with Cassie in the first place, I wouldn’t blame Sean for throwing him out.

What do you guys think? Do you think it could have descended into a full blown fist fight if no one interfered? Let us know your thoughts in the comments.