BY Roberta Ferguson on May 15, 2013 | Comments: Leave Comments
Related : Sean Lowe, The Bachelor 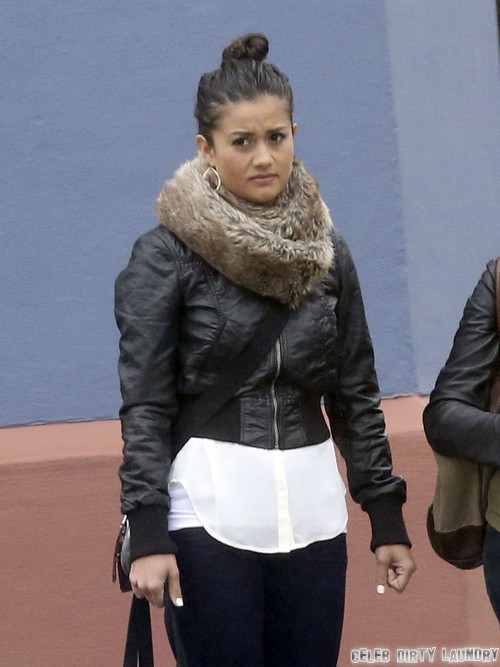 It doesn’t really matter now if Sean Lowe was hooking up with his Dancing With The Stars co-star Peta Murgatroyd, because we’ve learned that his fiancee Catherine Giudici was caught snuggling up with another man! Could this be a fitting revenge?

Catherine was said to be constantly shoved to the side with regard to Sean’s stint on the show, so it’s kind of obvious that he was definitely putting his career ahead of his personal life. Perhaps Catherine just got fed up with things and decided to get his attention by showing her affections for another guy? In this case, it would be a dancing pro by the name of Julz Tocker!

Constantly left in the wings while Sean was on Dancing On With The Stars, it hasn’t gotten any easier since he was voted off thanks to his busy schedule making TV appearances – so Catherine has been distracting herself with one of the show’s pros, Julz Tocker, pals told the magazine.

While at a party at the Palazzo apartment complex in Los Angeles in early May, Sean, 29, was the last thing on her mind as his bride-to-be instead snuggled up with the Season 16 dancer.

“She was rubbing Julz’s arm, whispering in his ear and giggling,” revealed the insider.

Well she can certainly do better than Sean, don’t you think? Hit the comments and let us know your thoughts. Is she a cheater or is she just out for revenge?