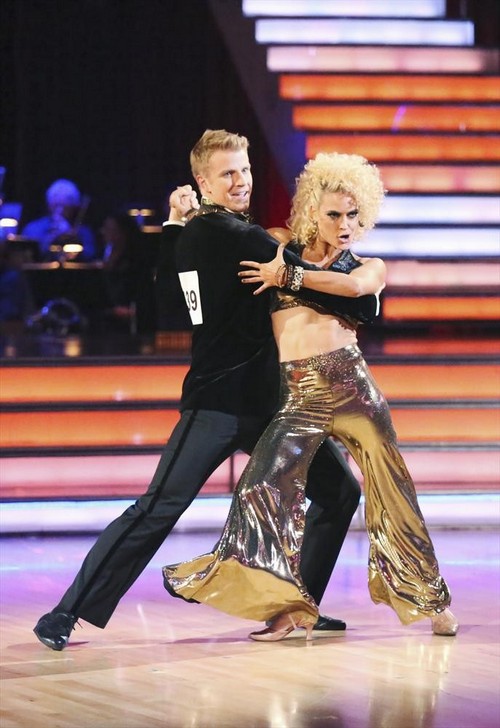 SEAN LOWE danced a SAMBA to Stevie Wonder’s “I Wish,” on the sixth episode of Dancing with the Stars: 2013 performance show tonight.  The remaining couples hit the dance floor in another DWTS first.  Tonight’s show devoted, for the first time, an entire evening to one artist, legendary singer Stevie Wonder.  He performed some of his classic songs,  including “Sir Duke” and “My Cherie Amour,” and the celebrities will dance to his greatest hits, including “I Just Called to Say I Love You,” “For Once in My Life” and “Signed, Sealed, Delivered (I’m Yours).”   If you missed the show, we recapped tonight’s show for you and if you want to see how all the couples did go HERE!

Judges comments:  Carrie Ann: “That is the most bounce I have seen in a long time.  You had to learn to listen to the music.  You have so much potential.  But the musicality, get an iPod.”  Len:  “You have to set your sights a bit higher if all you want to do is beat Andy.  The bounce action, you would just collapse.  It was riddled with mistakes.  It is not terrible.  I don’t get it why take your shirt off.”  Bruno:  “Sean look at the good side, you can always get a job as a stripper.  You looked like a lumberjack, you have to listen up.”