BY Cate Meighan on May 4, 2013 | Comments: 6 comments
Related : Dancing With the stars, Dancing With The Stars Season 16, Sean Lowe 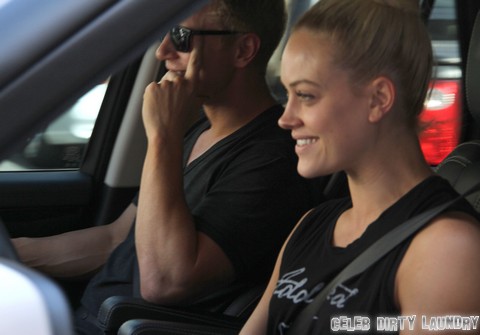 Why hasn’t Catherine Giudici bought her plane ticket home to Seattle yet? Do you think maybe ABC has made it financially worth her while to appear to be Sean Lowe’s fiance at least until his stint on Dancing With the Stars ends? I ask because this formerly celibate prayer warrior is getting further and further away from being that guy Catherine said she’d marry, with each passing day. The main reason for Sean’s disinterest in everything he claimed to stand for is blonde and it has a name – Peta Murgatroyd.

As the weeks have gone on Sean and Peta have appeared to get a whole lot closer and those hours of practice for DWTS have really made the two turn into an obvious ball of lust. According to the May 13th print edition of In Touch Sean had a personal appearance last week in North Carolina and instead of bringing his fiance, he brought Peta with him! Of course the official reason was so that they could practice and rehearse, but then out in public they were heard calling each other “babe” and “baby”. 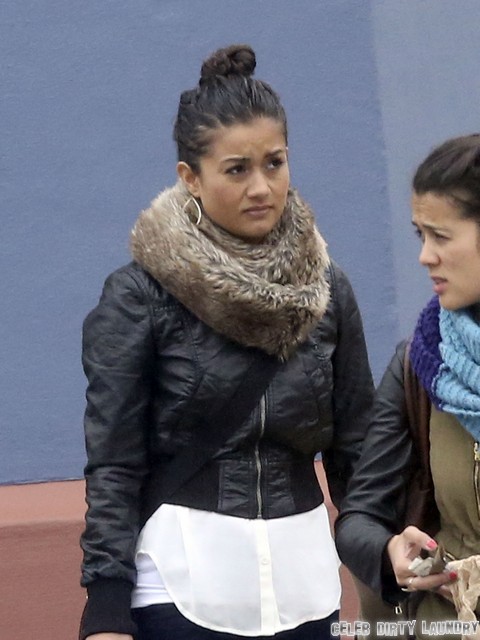 It seems their bond is very apparent on set now too. When Sean was recently crucified by the judges Peta was nose to nose with him, consoling him. The two appear to be in their own little world, even when Catherine is there! This poor woman has been made very aware of her third wheel status and she has been spotted out alone throwing back drinks while telling complete strangers what a cheating douche Sean actually is.

How much longer before Sean comes clean and admits he and Peta are together? Maybe Catherine will give an explosive interview to set the record straight. I’m kind of hoping for that, aren’t you? Tell us your thoughts in the comments below!