Sean Lowe Is One Hot Nerd: Bachelor Star Addicted To Words With Friends! 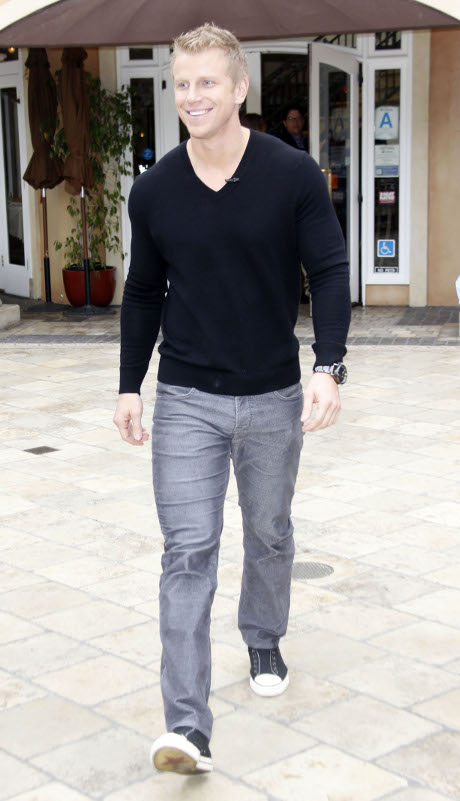 I don’t know if Sean Lowe is technically qualified to be a celebrity yet, but we can definitely add him to the list of famous people who love the Words With Friends app! The Bachelor star isn’t above a little video game session. He takes pride in his word skills.

“He’s a wordsmith. A closet spelling bee fanatic, Sean loves to whip out his iPhone and play the popular Scrabble-like game Words With Friends. He’s a pro who’s notched the highest scores among friends and family,” reported National Enquirer, print edition March 18, 2013. So why didn’t we see any of his killer vocabulary moves while filming the Bachelor? Easy answer: viewers are more interested into his defined six pack than defining words!

So does this mean that we have a genius bachelor—one whose worth is more than ab deep? Sean’s obsession is made easier by the fact that he can “survive on three hours of sleep.” A friend told that “all through college he would stay up all night long—not partying—doing his schoolwork!” I too know the pain of having graduated college and missing the workload, and brainteaser apps are a great substitute during the weaning process!

I’ll confess a longtime fantasy—to casually play Words With Friends with my favorite celebrity (British actor Colin Firth, who probably doesn’t even play!), fall in love, and get married. I mean, it could happen. Perhaps Sean and his chosen bride pass the hours of separation by hooking up online—through the game, of course. Maybe a little sexy version to heat things up? Of course, the virgin bachelor may frown at such scandalous activities! Are you surprised that Sean is a bit of a gamer, or did you know from the start that he was more than steroids and hair bleach?