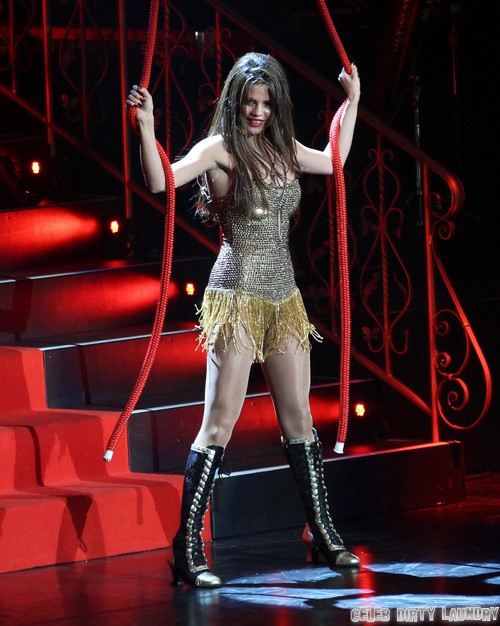 This is the most terrifying aspect of being a celebrity – you don’t know what psychos are going to become obsessed with you and stalk you. According to the news from Radar, a man obsessed with Selena Gomez has killed his entire family, including his mother, his sister, his niece, and his nephew. Obviously, we don’t know if his obsession with Gomez and the murders had any direct correlation, but it’s still scary to think that there are such psychos obsessed with her, right?

The murders took place in the house that the family all reportedly shared, which was located in Oklahoma City. A neighbor found the dead bodies and alerted the cops, who managed to find the suspect, a 40-year-old man named Daniel Green, by following a trail of blood.

According to the news, Green was ‘obsessed’ with Selena Gomez and would often post about her on Facebook, calling her ‘yummy’ and writing things like, “I want her [to] be my eternal wife and the queen of my kingdom forever. Hey, I love her more than god, my momma, my dad, Jesus, myself and ya’ll.” In another post, he wrote, “I’m willing to run away with you any where in this universe. I love you Lena so much your true love danny!!!”

Cops haven’t yet spoken about whether there’s a connection between the murders and his Selena obsession, but the media obviously latches onto these things whenever there’s a sensational murder in the news.

What do you guys think? Do you think there’s a connection? Obviously, this guy was mentally ill, and anyone could have told you that even before the murders. Let us know your thoughts in the comments.