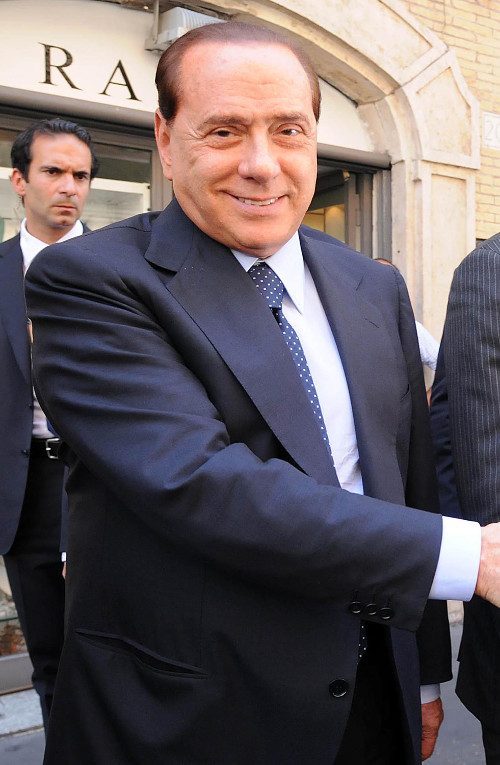 Just last month, the former Italian prime minister, Silvio Berlusconi, was found guilty in a case involving tax evasion, for which he received a four year prison sentence. Now, Berlusconi has been involved with a prostitution scandal and, for that, a Milan court found him guilty and has ordered him to serve seven years. The prostitute was underage. Apparently, the woman in question was an exotic dancer and went by the name of “Ruby the Heart Stealer.”

This dude needs to start making better life choices it seems. According to Vanity Fair online, “Prosecutors in the case claimed that Berlusconi slept with her 13 times and then used his position to have her released from prison in May 2010 (she had been found guilty for theft – apparently hearts aren’t the only things she steals!). El Mahroug has maintained that she never had sex with Berlusconi and also that she lied to him about how old she was.”

While the Associated Press says it could be months before the sentencing is finalized and truly set in stone, it seems quite clear where this case is headed and, no matter how you look at it, this dude will most definitely be doing some time of some sort.

What do you think about this case and Berlusconi’s conviction? Let us know in the comments section below.