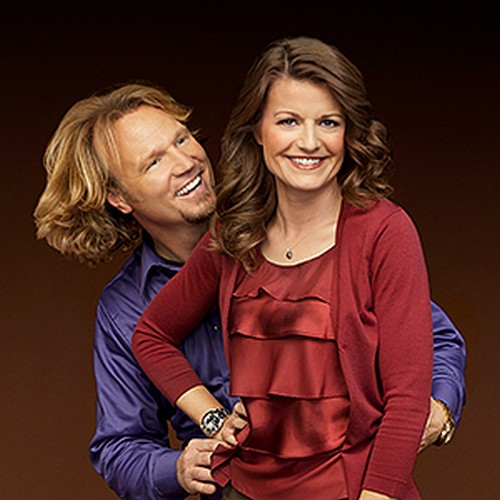 Tonight on TLC the Brown Family returns with a new episode of SISTER WIVES called, “Robyn’s Secret” On tonight’s show Robyn reveals some shocking secret from her past. Did you watch last week’s episode? We did and we recapped it here for you.

On last week’s episode the Browns celebrated Christmas a week later in hopes of getting everybody moved into their new houses, but was the extra time be enough? Meanwhile, Kody added more stress by challenging his wives to a contest and Robyn had a special gift for Kody.

On tonight’s show in hopes of establishing their new homes, the family decides to bury a time capsule to symbolize putting down their roots. Later, the Browns hold their first church service since moving in and Robyn reveals some shocking secret from her past.

We will be covering Sister Wives Season 4 Episode 6 tonight at 9 PM EST so don’t forget to come back to this site for our full and detailed recap.  Make sure to refresh often to get the most recent details.  While you wait for the recap, let us know how excited you are about the new season of Sister Wives.

Although the family is happy to be back together again they can’t help feeling isolated still. They thought other plural families from further north would have come down but they didn’t. This means that it’s only their family that now makes up their church.

Unfortunately the kids don’t really take church seriously when it’s only them. Kody repeatedly has to tell them to put away their games and/or cell phones. The children can’t help but feel church is super boring with only their family. So fighting to keep their attention the adults have taken to sharing personal stories. It’s Robyn’s turn.
She decided to share when she lost her virginity. She had recently left her plural marriage upbringing when she met the future husband. He was the first boy she kissed and she felt it was time to give him what he wanted. Not too long afterwards she found out she was pregnant. Later when she had met Kody she couldn’t help feeling guilty that she had already given away her purity.

At the time she felt that her family would have rejected her if they found out that she had sex and that’s why she married her first husband. She never loved him but she married him hoping to correct her first mistake by sleeping with him.
The kids understand where she’s coming from however one of the boys feel that if they’re in a committed relationship then it wouldn’t be as bad as the way the adults are trying to sell it.

Still there’s some good news to look forward to. Mariah has gotten into the college of her choice and she got a scholarship. Now if only the rest of her siblings would get scholarships. The family is looking at 5 kids in college all at once. Scholarships are what they need.

In Part of Two of Sister Wives the family deals with confessions and questionnaire.
During the questionnaire the family is asked how the family’s dynamic has changed due to the Las Vegas move. The family has struggled with the move. At first they felt disconnected from each other. The children got to see their dad less and that was hard. Robyn personally took it hard because she saw the life in Utah and thought she’d only be signing onto that.

They also had to deal life in Sin City. According to kids the line were more blurred back in Utah but in Las Vegas they can understand the bad kids from the good ones more clearly.

The questions start off okay until one woman asked what Kody took to take care of all four wives. The kids are quickly cleared from the room but the family isn’t comfortable answering that question.

Most of the questions are harmless. With some funny ones like is there ever a time there’s a wife that’s not mad at him. Answer to that is rarely.

Meri get pretty choked up when she mentions her sister. Her sister was in a plural marriage before she died. The sister had left kids behind so one of the sister wives moved her family in Meri’s sister’s home in order for the kids not to face upheaval yet again. That’s the kind of family they have as well. It’s supporting each other.