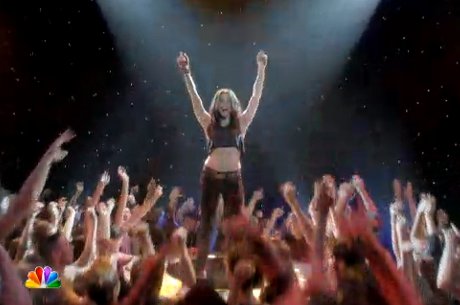 Smash season 2 is returning to NBC on February 5th. Many fans of the dramatic Broadway-inspired singing show are getting their vocal cords warmed up for a smashing second season, and they can expect some larger than life stars with some major acting chops. A few stars set to appear over the course of this second season are Jennifer Hudson, queen of the big notes; Liza Minnelli, who is no amateur when it comes to Broadway and the stage; Sean Hayes, who carries a whole lot of personality and comedic chops; and Jesse L. Martin.

What a great lineup so far, right? This season looks like it’s going to be filled with great storylines and each character will undoubtedly go in new directions. I will admit I never truly got invested in the show’s first season; however, perhaps I will have to get caught up before the show returns this coming February.

Jennifer Hudson is sure to bring some glow and enthusiasm to the set. I’m never quite sure how I feel about Jennifer Hudson, as her character, no matter what she’s in, typically tends to stay the same. But whether she shakes things up or not, she will surely do great in this particular role. She has the voice. And she definitely has the attitude.

“My character’s name is Veronica,” says Jennifer, “and she’s like this huge Broadway star that everyone is aspiring to be.”

So if Jennifer is going to come in as the big famous singing actress that illustrates the pinnacle of Broadway success, does that mean she’s going to give frontrunner Karen, played by Katherine McPhee, a run for her money? According to Katherine, not at all!

“She’s definitely coming off as a mentor,” says Katherine McPhee. Well, that answers that question. I do hope there’s a bit of tension between these two characters. I guess we’ll just have to wait and find out!

One of the biggest guests the show will be welcoming this season is Liza Minnelli, who is of course known for her roles in amazing productions.

Make sure to watch the premiere of the second season, which will air on NBC February 5th.