BY Cate Meighan on June 18, 2013 | Comments: 2 comments
Related : Reality TV, Recap, So You Think You Can Dance, Television 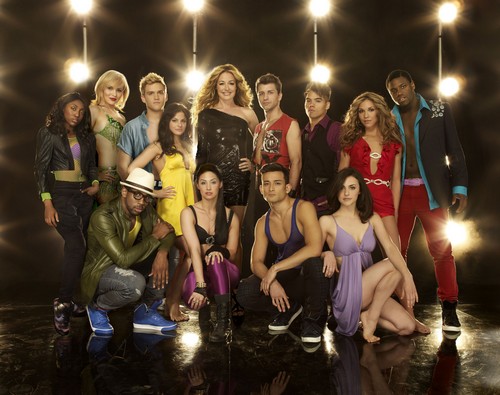 Tonight on FOX SO YOU THINK YOU CAN DANCE continues with a new episode. On tonight’s show The Top 20 finalists are revealed and give their first performances. Did you watch last week’s show? We did and we recapped it HERE, for you!

On last week’s show the search for America’s favorite dancers continues in Las Vegas.  The judges all agreed there’s an extraordinary group of talented dancers on the show this milestone 10th season.  On Las Vegas week callbacks 159 dancers had been selected for this moment. They were competing for the opportunity to move into the Top 20, and more than ever, it was time to go big or home.  Joining Mary Murphy and Nigel Lythgoe as judges in Las Vegas were series stalwarts Adam Shankman, tWitch and singer/songwriter Jason Derulo.

On tonight’s show the Top 20 finalists – 10 guys and 10 girls – are revealed to America! After the announcement, the dancers will perform, free of any judgment, so that the nation can get to know them and their talents. Tune in to see which favorites earned one of the coveted spots.

So You Think You Can Dance Season 10 Episode 7 airs tonight at 9PM and you don’t want to miss the reveal of the 20 Dancers will be finalists and give their first performance.  Celeb Dirty Laundry will be live blogging the show each week, so don’t forget to come back to this spot at 8PM EST for our live recap!

Tonight we finally learn who made the top 20 on SYTYCD and it’s going to be pretty damn interesting. So many of the dancers that we met while the audition tour rolled through several US cities were fabulous. It’ll be hard for the judges to have cut any out but in the final round 33 dancers were cut down to 20.

Fiction was an amazing hip hop dancer that we saw a few weeks ago. He coped well with various styles in the Vegas round and he’s in the top 20. Mariah is a stand out hip hopper that also makes it. They perform the opening routine of the show. They are crazy good and they’re going to be amazing to watch.

Makenzie is a brilliant young contemporary dancer that makes it along with Jasmin (who was Cyrus’s ex girlfriend) who seems to have a raw quality to her movement. Tucker was seen in Memphis after recovering from a car accident. His dancing is even better than before he was injured and his friend Nikko also will be in the top 20. All four dance to a Stacy Tookie routine onstage. Goes On gave me chills. These four worked together like they’ve been doing it for years. The choreography was beautiful and these dancers seemed completely connected.

Tappers are far and few between on SYTYCD. One may make it into the top 20 but they’re usually eliminated pretty fast. Curtis, Aaron and Alexis have actually all made it into the top 20. I have to admit I’m not always a fan of tap but the routine by these three was really great. Anthony Morjurado put together a fabulous routine for them. Each one has a different appeal and they worked great together.

Jade and Blue Print are both animator’s that somehow both made it through Vegas week.  Both make it to the top 20 which means we’ll seem so really cool stuff. Starting right now with a Christopher Scott routine that gets both of these dudes a standing ovation. They play mannequins come to life and the only bad thing here is that the routine ended.

It’s time for more contemporary dancers to make it in to the competition. Hayley, Malece and  Carlos dance a Mia Michael’s piece to Rihanna’s Stay and it’s unreal. It’s set in the 50’s and the three are tangled in a love triangle. It’s impossible to pick a stand out this far in.