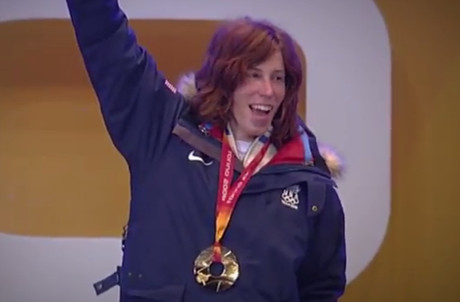 The 2014 Winter Olympic Games are quickly approaching and I’m getting pumped up to glue myself to the TV (when I’ll, over the course of many nights, cry over the fact that I’ll never possess any skills necessary to ever qualify for fancy athletic competitions). The Winter Games, to be held in Sochi, Russia, will premiere February 6th, 2014 on NBC with a dynamic opening ceremony. The winter sporting events will be televised throughout the month and eventually conclude on February, 26th.

Many of your favorite athletes will be returning to the winter stages this year, including my fellow ginger, Shaun White — also known as (for obvious reasons) The Flying Tomato. Shaun White is the two-time defending champion in the half-pipe and considered, by most, to be one of the biggest sports stars of his generation. In fact, he was the first athlete to win events at both the winter and summer X Games. No big deal. White has had an incredible amount of success over the years, but will this phenom be able to live up to his own name and take the gold — or ALL THE GOLDS! — at this year’s games?

Stay tuned for our future Olympic coverage, including detailed profiles of this year’s hottest, most-talked about athletes, all of who’ll strive to leave their record-leaving marks within their respective fields. Check out the first behind-the-scenes video below featuring Shaun White, where he talks a bit about his career, his upbringing, and the foundation that’s made him such a success.

It’s go big or go home in Sochi this upcoming year, and we want to take a moment to wish all the athletes a Happy Hunger Games *erm* we mean Olympic Games.