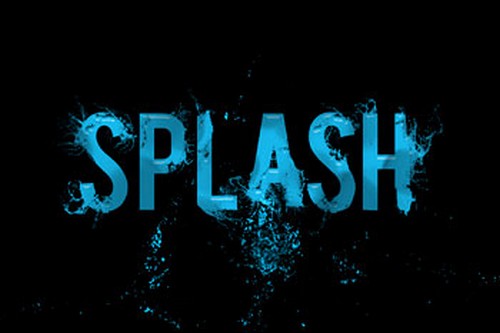 Tonight on ABC SPLASH returns with a new episode.  If you have never seen the show 10 celebrities train and compete in regulation platform and springboard diving at dizzying heights in front of a weekly poolside audience. Leading up to the competition, the world’s most decorated and medaled diving legend, Greg Louganis, will give each celebrity weeks of training. Each dive will be critiqued by the judges, London Olympic U.S. Gold medalist David Boudia and Australian Olympic athlete and USA Dive Team director Steve Foley.

On tonight’s show the remaining five celebrities will Be Paired with a Champion Junior Diver; One Celebrity Will Be Eliminated in a Final Dive-Off.

For months, the celebrity divers have been training with legendary diver Greg Louganis, but this week the remaining five celebrities will partner and be coached by some of the sport’s toughest critics, junior diving champions all between the ages of 10-12. Each celebrity and their junior partner will complete a synchronized dive, and the celebrities will be scored on their performance. The two celebrities with the lowest scores will compete in a dive-off to determine who will be sent home. Meanwhile, a hard landing in rehearsal leaves one celebrity with a black eye and pre-show nerves.

Tonight’s  Splash “Season 1  Episode 6”  is going to be an exciting one, which you won’t want to miss. So be sure to tune in for our live coverage of ABC’s SPLASH – tonight at 8PM EST!   While you wait for our recap, hit the comments and let us know how much you are enjoying season of Splash, so far?

Brandi Chastain is up first and her coach this week is a young girl named Daria.  Her son is watching closely and Brandi doesn’t want to let the kids down. Brandi and Daria are rocking a crazy ponytail each as they do a back forward tuck and it’s nearly perfect. She grabs a 10 and a 9.5 in scores.

Kareem Abdul Jabbar is paired with a junior diver named Michelle. And it’s pretty clear that synchro will be an issue here. It’s a backwards dive with a half twist. I have to admit it went better than I thought, however his feet came apart and he had what Michelle calls spaghetti legs. Steve gives him a 7 and David gives the dive a 7.5.

Rory Bushfield is teamed with Jake who is teaching him the back one and a half and a half. They modified it because Rory landed on his ear a few times while training it. They did really well and David gives him an 8. Steve thinks it was fantastic in spite of Rory being in obvious pain and he also gives him an 8.

Drake Bell had a mini disaster in the warm up and belly flopped off the 10 meter. He has been training with Luca and synchro is tricky for them.  He over rotates the ending and is pissed off that he messed it up. Steve thinks he did a really hard drive basically with a black eye and vision is necessary to get it right. Both Steve and David give him a 7.

Nicole Eggert is the last diver of the night. She’s paired with Sophie and she does a reverse dive tuck that is near perfect. David says the dive was short but the synchro is perfect and he gives her an 8.  Steven is usually tougher but he thinks she deserved an 8.5.

Kareem and Drake are the bottom two and have to have a dive off. Kareen opts for a straight dive while Drake does a dive from a handstand. Clearly Kareem is leaving.  Tune in next week for more Splash.