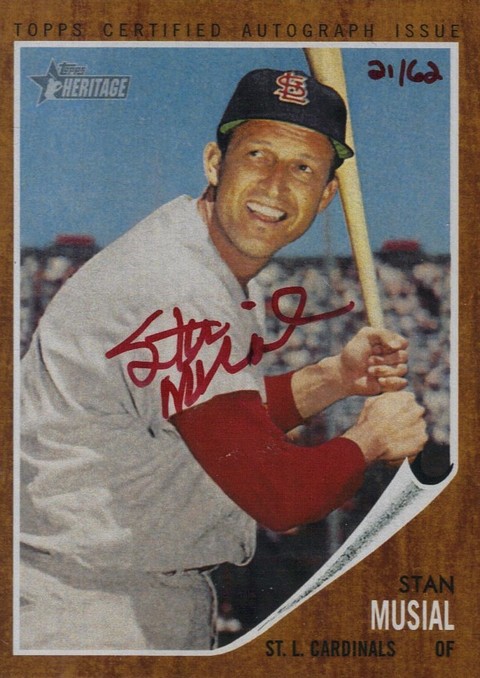 Stan Musial, who played 22 seasons for the St. Louis Cardinals has passed away today. He was 92 years old.  The news is that the baseball legend and Hall of Fame outfielder died Saturday evening at his home in Missouri, surrounded by his family.

“We have lost the most beloved member of the Cardinals family,” said club chairman William DeWitt Jr in an official statement. “Stan Musial was the greatest player in Cardinals history and one of the best players in the history of baseball.”

“The entire Cardinals organization extends its sincere condolences to Stan’s family,” DeWitt Jr continued, “including his children Richard, Gerry, Janet and Jean, as well as his eleven grandchildren and twelve great grandchildren. We join fans everywhere in mourning the loss of our dear friend and reflect on how fortunate we all are to have known ‘Stan the Man’.”

In 2011, Stan The Man was awarded the Presidential Medal of Freedom by Barack Obama, who praised him as one who “matched his hustle with humility . . . Stan remains, to this day, an icon, untarnished; a beloved pillar of the community; a gentleman you’d want your kids to emulate.”

Musial is survived by his four children.