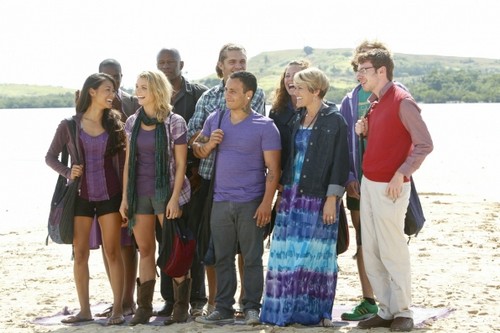 Survivor Caramoan premieres tonight on CBS and it is Survivors 26th season.  Can you believe it?  They must be doing something right!  I remember watching season 1 and Richard Hatch.  On tonight’s show which will be a special 90 minute episode Survivor will feature the return of one of the game’s greatest pairings: Fans vs. Favorites.

Ten ultimate SURVIVOR fans will have the chance to prove they have what it takes when they take on 10 of their favorite players from the past. Dropped on the exotic Caramoan Islands, the 20 castaways will be divided into two tribes of 10: “The Bikal Tribe,” made up of former players deemed favorites, and “The Gota Tribe,” comprised of ultimate fans of the game.

The Favorites may have an edge because of their experience, but they also have a big target on their backs.  So who will we be seeing back?  Well Cochran is back, Philip is back and Brandon is back.  Just those three mean a lot of craziness is coming back. 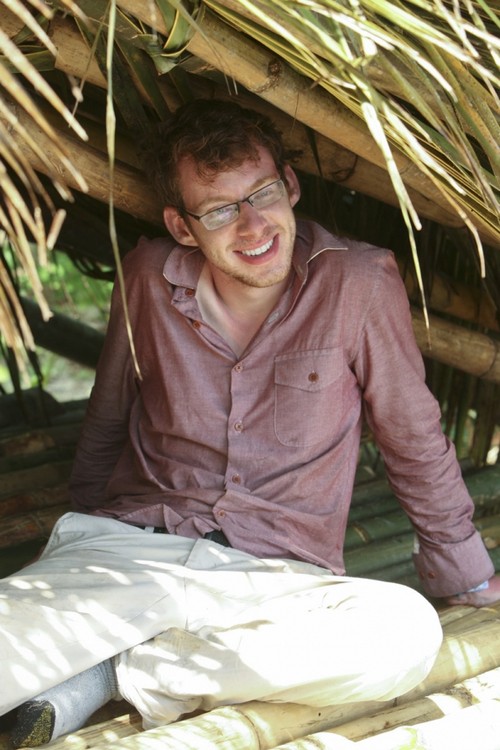 Meanwhile, the Fans, although inexperienced, can draw on their extensive knowledge of the game to give them an advantage. Who will prevail when these tribes collide and the castaways vie to outwit, outplay and outlast one another for the title of Sole Survivor and the one million dollar prize?

On tonight’s show called, “It’s a Long Way to the Top”  and the name is because of the challenge tonight which involves contestants climbing a tower.  Before tonight’s episode check out the sneak peek video below with Jeff Probst discussing this season’s cast. Find out what Jeff thinks of how the fans will do against the favorites.

Tonight’s episode looks like it is going to be great and you won’t want to miss it, so be sure to tune in for our live coverage of CBS’s Survivor Caramoan at 8:00 PM EST! While you wait for our recap hit the comments and let us know how excited you are for the return of Survivor?  Who are you rooting for?

RECAP: Ten favorites have to battle the elements and their egos, the fans have a lot to learn fast. The fans get to see their competition and you can see that some of them are already worried about the strong competition. The fans get Gota Tribe buffs and the favorites get Bikal Tribe buffs.

Time for the first challenge, two members from each tribe are going out in the water to get a ring but they have get pass the other tribe members, fans get their first point and favorites get the second. OMG, Phillip is back in his hot pink underwear, it’s going to a long season! The favorites are leading with 2-1, Francesca literally pulls three people and the ring through to get the third point for the favorites. Another point for the favorites thanks to Malcolm and they win, the prize is fire and 20 pounds of beans.

Shamar thinks it is a huge disappointment to have not won the challenge and wants to inspire the team to better next time. At camp, Julia now knows it is real, they arrive and their is a bag of rice waiting for them. Matt thinks shelter is as important as fire and is ready to get to it. Reynold is worried about how they are going to size up against the favorites because there is already tension in the tribe. Shamar starts to knock heads with Matt, he disagrees that they should be building a shelter, instead he thinks they should be making fire. I think it is Shamar’s strategy to make people mad at him, because he is getting mouthy and a lot of the tribe is surprised and not impreseed at how he is reacting.

The favorites land on the beach and Dawn thinks it is surreal. Malcolm wanted to make a good first impression and he thinks he did it. Phillip knows he can do it this sometime, he is getting his inspiration from his father who was in the war. Francesca is standing by her first impression of Phillip, that he is crazy, meanwhile she annoys him greatly.

Shamar wants to be the Marine that impresses everyone and he thinks he has done it when he helps to create fire for the tribe.

Phillip claims to have learned a lot from Boston Rob, he is going to use those strategies in this game. Phillip scouts out six people for his alliance, but Erick is not impressed because Phillip basically told him you either with him, or you are out.

Reynold got himself a non-obvious female alliance and he choose Allie because she is not the coolest or the prettiest, she slides under the radar. Meanwhile, Eddie is aligning himself with Hope, but for other reasons because she is the prettiest one in the tribe. After dark, when the tribe tries to get some shuteye, surprising, it is Reynold and Allie that are making out and Hope is really surprised that they would risk the obvious target that they are going to have on their backs.

Cochran is having a hard time with the heat, he is sunburned all over and his feet are swollen.

Reynold, Allie, Eddie and Hope are aligned together and the rest of the tribe are discussing it while they are all in the water.  Michael decides to tell the older women that he is with them to get the four young ones out first and confides in Matt.

Time for the first Immunity Challenge, but first, Jeff comments on Cochran having the worst sunburn he has ever seen. Teams have to race in fours to climb a structure to toss crates over that will break and reveal sandbags. Then the tribe mates have to toss the sand bags into six targets, the only way up the structure is up a ladder and the only way down is a fire pole. Three floors in and it is dead even, the last pairs are going up, they have to make it four floors high to toss the last crates. It was a close challenge, fans win, they get immunity and flint.

Francesca is heart broken that they lost and approaches Cochran to figure out who to get rid of, Phillip is on the top of the list.  Sunburn aside, Cochran is getting along with everyone on his tribe. Francesca tries to get more people on her side but Andrea is thinking it might be a better idea to let Francesca go and keep Phillip. Meanwhile, Erik wants to get rid of Phillip because he doesn’t trust him. Brandon is more intimidated by Andrea than anyone else in the game, yet nobody is trying to take her out so he convinces the majority to take her out, but will it go his way.

Time for the first Tribal Council, first everyone lights a torch. Jeff asks Brandon if someone is running the tribe and he tells him no. Phillip admits that he used to mispronounce Francesca’s name on purpose because she aggravated him. Meanwhile, Jeff asks Francesca if she has a disadvantage in the game because she has the less experience, she responds that everyone is at a disadvantage and they should all be paranoid that they could be going home. Somebody is about to be going home, it is time to vote.

Francesca votes for Andrea, Andrea votes for Francesca; that pretty much cancels out each other’s votes. Time to tally the votes, Jeff first announces that if anyone has an immunity idol they should play it, nobody does. Six votes Francesca and four votes for Andrea, Francesca is the first person, again, to be voted out. Andrea is safe, but I doubt for very long.