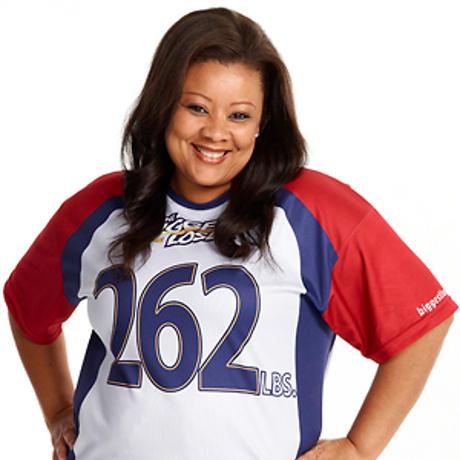 Meet Tanya Winfield, a 41-year-old COO of a restaurant franchise from Plainfield, Illinois. Tanya hopes that the show will enable her to reverse the effects of her ‘poor eating habits and sedentary lifestyle’.

According to her official bio, “The oldest of nine children, Tanya was born and raised primarily in Chicago and attended DePaul University. She has been overweight most of her life, but overcame the challenges of having a drug-addicted teen mother to become very successful professionally, now working as the COO of a popular restaurant franchise.” For her, the big realization that she needed to get healthy came from her family friend dying at 36 from weight-related health problems.

She also explains that the concentration of childhood obesity in the last season of the Biggest Loser made an impact on her decision to join the show, saying, “The statistics really hit home for me by reminding me of my toddler’s birth weight and the high risk involved. I refuse to allow her to be a statistic and understand that it starts with me.”

At 262 pounds, she faces less of an uphill battle than some other contestants, but she says she’s only focusing on getting healthy, adding, “The rest of my life will be the best of my life.”

Tanya’s certainly making a smart choice when she decided that the positive changes need to come with her, and she has to reinforce them if she wants her daughter to follow them.

Will you guys be rooting for Tanya? Let us know in the comments. For more Biggest Loser info, CLICK HERE!