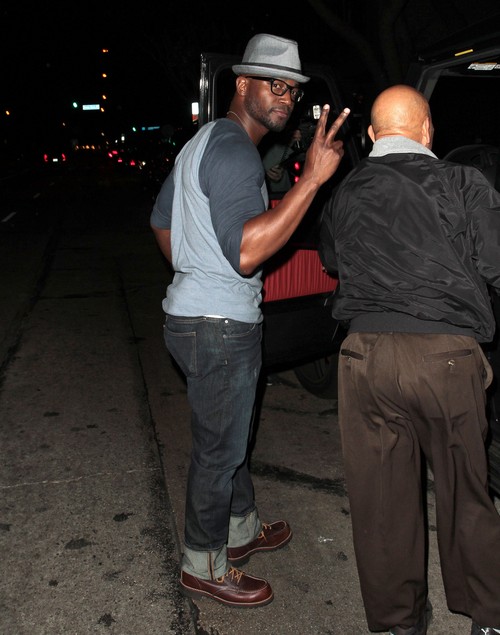 It has only been about three weeks since Taye Diggs and Idina Menzel confirmed that their marriage is over. Fans of the couple that thought there was a chance for reconciliation will not be thrilled to hear of Taye’s latest adventures. The smokin’ hot actor was recently photographed leaving a club with not one, but three white women, or as Bossip refers to them, “Beckies,” that looked like they should have been at home rocking their babies to sleep!

CDL first told you of trouble in Taye and Idina’s marriage about a month ago when their were rumors of him partying with strippers rather than spending time at home in NYC. The couple’s busy schedule and careers often had them in different cities which certainly didn’t help their eleven year marriage. It looks like Taye is certainly making up for lost time now, doesn’t it? I mean nothing screams freedom like strippers and partying with a trio of random women that no doubt are more gold diggers than they are actually interested in Taye – not that he cares.

My guess is that Taye’s decision to embrace his freedom has only helped to alienate Idina a little more, ensuring that this marriage is most definitely a done deal. Over the last few years a lot of rumors have surfaced about Taye’s bad boy antics while traveling for work. Do you think that he was cheating on his wife all the while? What about the trio he was spotted with, was it just another night of fun for Taye? Tell us your thoughts in the comments below! 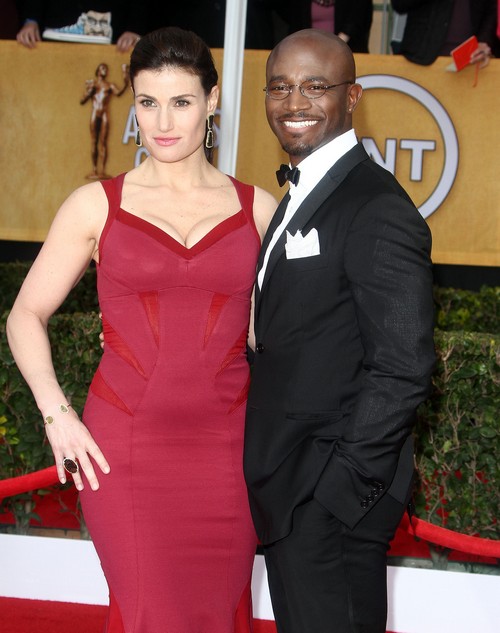