Taylor Swift Cast In “The Giver” Alongside Meryl Streep and Jeff Bridges: Harvey Weinstein Ruins The Film With Talentless Taylor 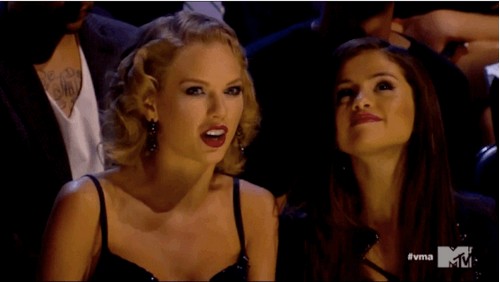 What you just heard was the sound of millions of book fans crying into their pillows. According to an announcement by The Weinstein Company Taylor Swift cast in the film adaptation of The Giver. Yes, that same book that you loved in middle school, and which the producers seem to be intent on butchering before it gets to the film screen.

The film started out so promisingly, too. They cast Jeff Bridges, who can do no wrong, and Brenton Thwaites, who doesn’t have much of a background but seems like a strong enough young actor. However, reports claim that Harvey Weinstein introduced Taylor to Brenton, and they ended up hitting it off, as we know. A source explained, “Harvey introduced Taylor to Brenton in Toronto because they were both going to be in the film.”

The movie industry has been trying to make Taylor Swift happen for a few years now. They initially toyed with casting her in Les Miserables, before realizing they were trying to make an Oscar caliber movie, and Taylor can’t act. To date, her most memorable performance was opposite then boyfriend Taylor Lautner in Valentine’s Day, but she was on screen for all of two minutes.

So far, the cast of The Giver includes Jeff Bridges, Brenton Thwaites, Katie Holmes, Meryl Streep, and Alexander Skarsgard. Putting Taylor Swift in a movie with Jeff Bridges and Meryl Streep is almost blasphemy, and even though it’s officially announced, I have a hard time believing the studio would do this. Maybe she’ll have a 2 minute cameo a la Valentine’s Day, and she won’t actually be a supporting character. I mean, those who have read the Giver know that the books are incredibly emotionally complex, and they’ll need actors of the highest caliber to tell the story – and I’m sorry, but Taylor is not an actor.

What do you guys think about this news? Does it make you happy or angry? Let us know in the comments.