BY Kinsley Goldman on April 22, 2013 | Comments: one comment
Related : Dancing With the stars, Dancing With The Stars Season 16, Performance Videos, Reality TV, Television 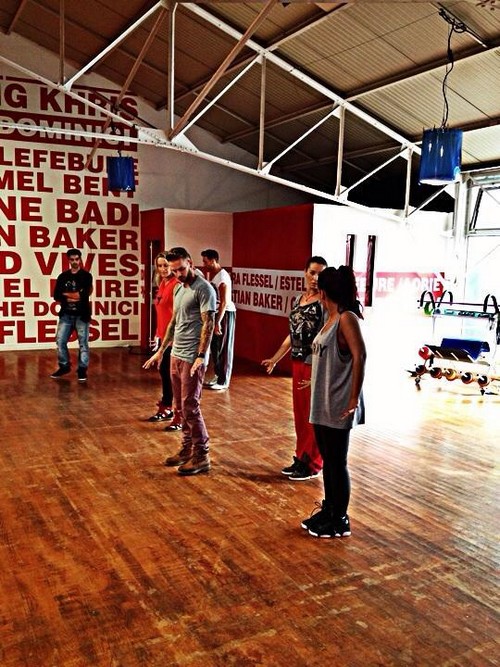 TEAM PASO DOBLE which was made up of Zendaya/Val, Jacoby/Karina, Victor/Linday and Ingo/Kym performed a Samba on the sixth episode of Dancing with the Stars: 2013 performance show tonight.  The remaining couples hit the dance floor in another DWTS first.  Tonight’s show devoted, for the first time, an entire evening to one artist, legendary singer Stevie Wonder.  He performed some of his classic songs,  including “Sir Duke” and “My Cherie Amour,” and the celebrities will dance to his greatest hits, including “I Just Called to Say I Love You,” “For Once in My Life” and “Signed, Sealed, Delivered (I’m Yours).”   If you missed the show, we recapped tonight’s show for you and if you want to see how all the couples did go HERE!

Judges comments: Len: “I thought it was a spirited effort, there were a few awkward moments when you came together.  When you think about the pressure you did a good job.”  Bruno: “It was like watching an episode of WrestleMania.  More refinement, thank goodness for the girls.”  Carrie Ann:  “Zendaya, you tried to hold it together.  But it was a little broken.  It was too sloppy, kinda of a mess.”

Watch the video below and let us know what you think? Do you think Team Paso Doble was the better Team Performance? Sound out in the comments below!