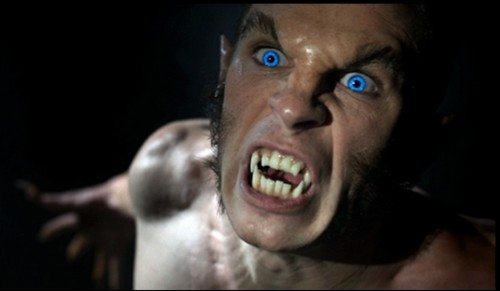 Tonight on MTV, the popular show TEEN WOLF continues with its forth episode of the third season called, “Frayed.” On tonight’s show, Scott recalls a strike against the Alphas during a bus ride to a cross-country meet. Did you watch last week’s episode? We did and we recapped it here for you.

On last week’s show, Scott tried to keep Isaac from confronting the twins in school.  Stiles tried to prove his theory about the killings.  Stiles defended the werewolves.

On tonight’s show Deucalion is ready to test Scott and see what he’s made of.  He has Derek on the floor, Deucalion takes the opportunity to both explain why he has a pack of alphas, how a pack of alphas can even exist, and just how and why he’s taken an interest in the Hale family. It goes from pretty interesting to really over-the-top, can’t wait for tonight.

Tonight’s season 3 episode 5 is going to be an exciting one that you won’t want to miss, so be sure to tune in for our live coverage of MTV’s Teen Wolf at 10 PM EST! While you wait for our recap hit the comments and let us know what you think of Teen Wolf season 3 this year. Check out the sneak peek video of tonight’s show below while you wait for the recap!

The show starts with the cross country team on the bus. They must be headed to an away meet. Boyd and Isaac have a little chat. One of the twins chats with Danny. Everyone seems quite tense. In the back of the bus, Scott is napping and dreaming. Stiles wakes him up to help him study for PSAT. Stiles just wants to talk about what happened last episode. Scott’s very on edge. He reveals that he has a bad wound; he says it’s from an Alpha. Scot says, “I can’t believe he’s dead. I can’t believe Derek’s dead.” Wait what? Did I miss something. I definitely recapped last week’s episode and don’t remember his death LOL. I suspect an episode told in flashbacks #UGH.

Meanwhile, Lydia and Allison are following close behind the bus. She thinks back to an encounter she had with Scott; it’s quite flirtacious, and they basically talk about who could beat up who, which of course results in a close embrace and a kiss. The playful combat gets a bit out of control. Scott goes too far and hurts her wrist. Before he leaves, he warns her about the Alphas, specifically the twins.

Scott finds himself in an elevator with Deucalion. Scott goes to meet Derek and his team; he says that they’re going after them. Tomorrow. This is the flashback — so we’re working up to figure out HOW Derek supposedly “died.”

There’s a scene of everyone fighting.

Another flashback. Derek’s team is planning the attack on Deucalion. They want to kill him because he’s the boss.

Allison and Lydia chat. Allison wants to know if Lydia has a thing with one of the twins — Aiden. That’s his name. But both twins look the same. So . . . . I will never be able to tell them apart.

The bus gets stuck in a traffic jam.

Another flashback. We’re back in the elevator. Scott and Deucalion. He says he’ll never be able to kill him. Scott asks what he wants; Deucalion says, “I want to see what you’re made of.”

Next, we’re back at the fight scene. We see Derek fall off something; he lands and looks pretty beat up.

Derek’s sister is at the scene where Derek supposedly died. Uncle Peter arrives. They wonder if maybe — maybe — Derek managed to pick himself up and get away.

Back on the bus, Boyd wants to rip apart one of the twins. Scott stops him. Stiles wants to know why Ethan — one of the twins — keeps checking his phone. Stiles texts Danny, because he’s sitting right next to him, to find out what’s up. Danny just asks him, of course involving Stiles, and finds out that someone close to him is sick and might not make it through the night. Scott says, “The he must not be dead.” Stiles say, “At least not yet.”

Next, we see Aiden — Ethan’s brother — holding up a bloodied, battered man. They take him into Dr. Deaton’s office. Ms. Morell arrives with him. The guy is the large dude in Deucalion’s Alpha pack.

Ms. Morell begs Dr. Deaton to save the man.

Stiles, Lydia, and Allison pull him into the bathroom. Lydia thinks he’s not healing because it’s all in his head — the idea that Derek might’ve died. Lydia suggests that maybe they should stitch him up, to make him believe he’s healing. Allison readies the needle and thread. She has a vision of her mother — who gives her a pep talk. She eventually stitches his gash wound up. She checks for his breath — he doesn’t appear to be breathing.

Scott wakes up. He says, “It’s my fault.” Regarding Derek. They head back to the bus.

In a flashback, we see Derek and Isaac arrive at a warehouse . . . .Isaac and Derek approach Deucalion. Deucalion says to Scott, “You didn’t come alone.” But Deucalion’s pack is here.

Back at Deaton’s practice, we see that he stitched him up. Deucalion enters and kills the Alpha his pack brought in earlier. After kissing both of his follower’s cheeks, he crushes his skull. Deaton looks on with horror, wondering what’s going on.

Uncle Peter and Derek’s sister arrive at the place. Immediately, Peter knows the Alphas are there. The twin and Kali walk out — she’s mad that Deucalion killed the other Alpha.

We’re back in the fight scene flashback. Everyone fights. It’s crazy time. Deucalion watches it all. Deucalion orders Derek to kill Boyd. Kali has Derek’s sister. Derek doesn’t know what to do. Out of nowhere, there are explosions. Exploding arrows. Obviously Allison. She saves the day. Her little display gives them time to regather. Everyone gets up and goes back at it.

Scott’s eyes glow red. We arrive at that scene where Derek falls to his “death.”

Allison and Lydia are on the bus with Stiles and Scott. Stiles and Lydia talk about the dark druid. Scott thanks Allison for saving them.

Back in Deaton’s practice, he says to Ms. Morell: “I don’t think you know what you’ve gotten yourself into.” OMG is she the dark druid?

In the final scene, we see Ms. Blake — English teacher — get in her car with a stack of papers. A bloody hand slams against the car window. It’s, of course, Derek.

Overall, this was a crazy episode. I don’t think they could’ve employed any more flashbacks; while it was a little much, it was okay and entertaining as always. Tune in next week for the continuation of all this crazy Alpha nonsense!