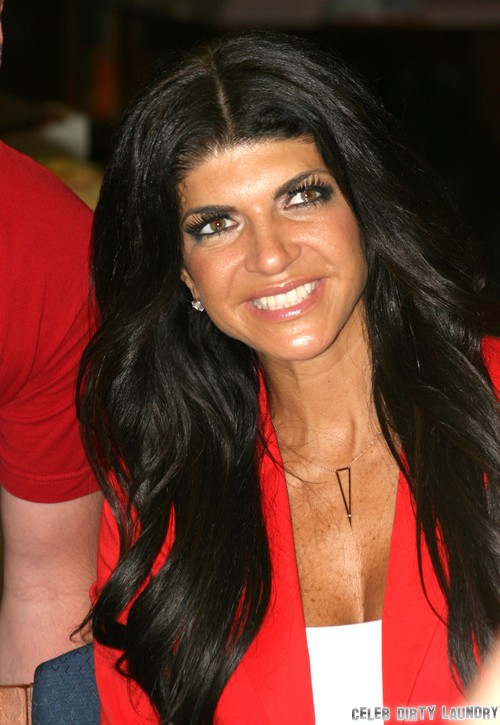 During season two of Real Housewives of New Jersey news broke that Joe and Teresa Giudice are $11 million dollars in debt. The Giudices initially filed for bankruptcy, but then revoked their petition. Two years later Teresa says she is still dealing with the problem. The debt was accrued as the result of paying mortgages on several properties and on failed businesses.

Teresa wrote on her Bravo blog during season 4 “It’s a nightmare. If you have [filed for bankruptcy], you know exactly what’s going on and why and how terrible it is. And it takes a long, long time. As you saw in our lawyer meeting, we withdrew our petition for bankruptcy and are paying our creditors back. It’s… still… not… final. I’m so sorry I can’t talk about it in detail (again!), because it’s not done, but the day it is, I will write a book and tell you all about it, I promise!”

Teresa has not said anymore about whether or not she is still in debt. In episode two of the new season we see Joe in his office going over a bunch of paper work (which he called just a bunch of crap). I’m guessing it has something to do with his ongoing legal problems as well as the Giudice’s debt.

You have to admire Teresa’s strength. Most people would have gone through with the bankruptcy to take the easy way out. Then again, Teresa never takes the easy way out! She insists on cooking for her family and cleaning her mansion herself. Despite her very busy schedule of appearances, writing New York Times best selling cook books and developing several lines of products Teresa is very involved with her daughters. She regularly updates her fans on Facebook and Twitter of her girls’ activities and posts pictures, too.

Teresa always has a smile on her face no matter what she is going through with her family and the other women of RHNJ. This quality has made her one of the most popular women in all of the Housewives franchises. Teresa has a fan in Atlanta housewife NeNe Leakes and millions of TreHuggers. In February Ryan Seacrest had a poll on his website to decide the fans favorite of all the Real Housewives franchises. Teresa was the winner!! She loves, loves, loves – and we love her back!!

“The Real Housewives of New Jersey” star Teresa Giudice promotes her new book ‘Fabulicious!: On The Grill’ at Barnes & Noble U Penn on May 23, 2013 in Philadelphia, Pennsylvania