Teresa Giudice’s Controversial Real Housewives of New Jersey Friend, Kim DePaola, Sticks by her Side Through Thick and Thin! 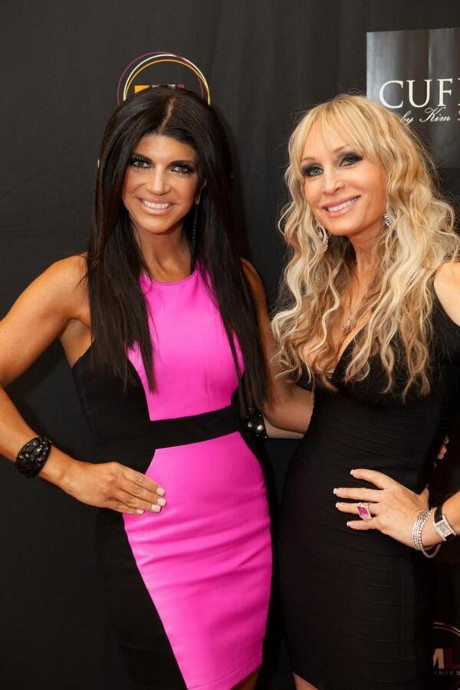 Kim DePaola, owner of Posche Boutique in Wayne, NJ, has been featured on Real Housewives of New Jersey most of its five seasons. She is a friend of Teresa Giudice. Kim is also a controversial figure in the plot lines of the show.

A lot of drama between the cast has occurred at Kim’s sponsored events. In season two, Teresa chased Danielle Staub through the country club where Kim’s fashion show was being held. Stripper-gate occurred at her fashion show in season 4. In the season 5 finale, a bloody brawl occurred at the opening of Kim’s new boutique Posche 2 at Moxie Salon. Caroline Manzo said Kim was always present when there was drama. She alluded that Kim was a trouble maker. The red-haired dragon doesn’t know what she is talking about. These examples happened at Kim’s events but she had nothing to do with the drama.

Kim defended her good friend Teresa Giudice on camera but she was never shown plotting against the other housewives. For five seasons there have been no inside sources quoted as saying Kim plotted against the other cast members.
Caroline Manzo was very vocal regarding her disdain for Kim. She is one of the few people to call Kim a pot stirrer. Sounds to me like Caroline used Kim to deflect from her part in the angry mess.

Kim is a very loyal friend. She likes to promote the people who are good to her. In an interview with Will Love, Kim made a point to say she was drinking wine made by Teresa’s husband Joe. Kim also gave a shout out to Positano restaurant, who provided the food for her and Will. She has stood by Teresa through her recent legal trouble. Radar Online via Tom Murro quoted Kim: “I don’t think she’s capable of doing the things she’s been charged with. I think there’s been a witch hunt going on for a long time for her.”

It’s nice to know there are still loyal people in the world!