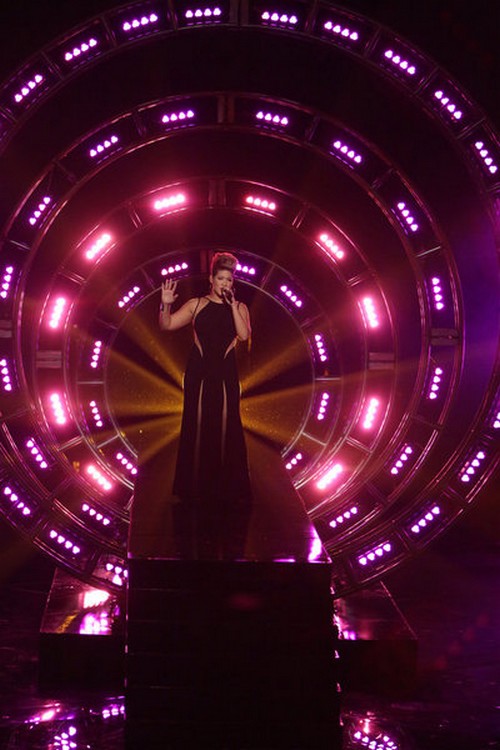 Tessanne Chin took the stage tonight on THE VOICE for her Top 3 Final performance and her performance duo with Adam Levine.  Tessanne Chin and Adam Levine sang “Let it Be” by The Beatles.  Tonight’s show the remaining artists from each coach, Christina Aguilera, Adam Levine, CeeLo Green and Blake Shelton team performed live for America’s vote and and the chance to win the title of ‘The Voice.’

Next up is Tessanne Chin and Adam Levine with their duet; they are singing “Let It Be” by The Beatles. She is amazed to be this far in the competition; it’s kind of like being the person she always wanted to be and is glad to know Adam as a person and that he is great. Adam is so excited to perform this song with Tessanne; it’s an honor for him to perform with her on stage. Don’t forget if you want Tessanne to win the voice you have to vote for her.