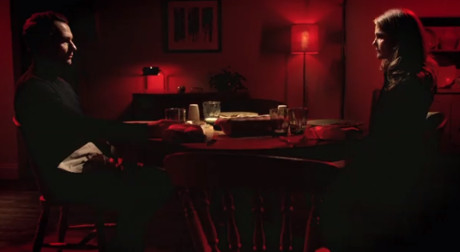 The Americans had an intriguing first season and we can expect an equally amazing season 2 — if the brief, intense teasers are anything to go by. The show comes back in February, which feels like light years away for hardcore fans. In the first season, we saw an interesting juxtaposition between Cold War and personal drama, and we can’t wait for the show to expand upon the enthralling stories they’ve constructed.

In the first teaser, below, Elizabeth and Philip hide in a closet, clearly waiting to take out a target. In the second teaser, also below, things take an even darker turn: Elizabeth and Philip sit at the dinner table and, after the children leave, begin spinning a gun in a fate-tempting game of Russian Roulette. The imagery is particularly intriguing, especially given the somewhat uncertain state of their relationship. Be sure to check out the two teasers below and let us know what you’re most looking forward to in this much anticipated upcoming season.

If you’re new to the show, here’s some more information on the premise: The Americans is a period drama about the complex marriage of two KGB spies posing as Americans in suburban Washington D.C. shortly after Ronald Reagan is elected President. The arranged marriage of Philip (Matthew Rhys) and Elizabeth Jennings (Keri Russell), who have two children – 13-year-old Paige (Holly Taylor) and 10-year-old Henry (Keidrich Sellati), who know nothing about their parents’ true identity – grows more passionate and genuine by the day, but is constantly tested by the escalation of the Cold War and the intimate, dangerous and darkly funny relationships they must maintain with a network of spies and informants under their control.