The Bachelor Sean Lowe Is Engaged! 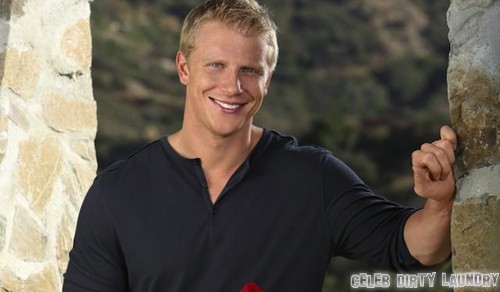 The newest Bachelor, Sean Lowe, is engaged — that is, according to the latest edition of Life & Style magazine.

The tabloid reports that three months after the show finished filming, Sean is engaged with the winner of the show. Whomever won his heart is the lady that he will be walking down the aisle with. It sounds cute and all, but how many times has that actually worked out?!?

A source said, “Sean and his fiancee are happy and committed to each other. They’re planning to get married before the end of the summer.”

After almost quitting the show five weeks into filming, Sean’s decision to get rid of the whirlwind of craziness known as Tierra LiCausi on Monday’s episode allowed him to focus and follow his heart. “His final choice was an easy one,” the insider confirms. “He’s totally confident with his decision.”

While Sean and the woman he proposed to in Thailand in November have to keep their relationship under wraps until the show’s finale airs on March 11, the Dallas native has been secretly spending time with the winner. “They see each other every two weeks,” a pal reveals to Life & Style. “The show flies them to LA and puts them up in this huge mansion that has everything so they don’t have to leave there.”

While Sean can’t reveal who she is, he tells Life & Style he made the right choice. “I’m happy,” he raves.

Who do you think Sean is engaged to? Hit the comments and leave your thoughts!