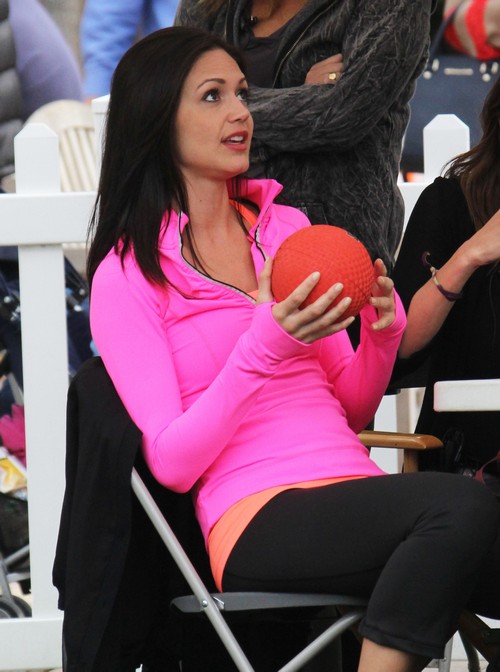 When The Bachelorette premieres on May 27, Desiree Hartsock, an LA bridal stylist, will get another shot of finding televised romance. As suspected the loser of last season’s The Bachelor will be the one handing out the flowers and looking for a guy to bed wed.

In an interview with USA Today when asked about whether or not she found love, Des added, “The journey was incredibly emotional and it was really surprising throughout, so unfortunately I can’t comment on that at this time. I’m glad that I did decide to do the show. I’m satisfied with my decisions throughout so I feel like I stayed true to myself.”

Based on the show’s past failures this comment does not make me want to watch this season. It would seem that a woman that found love or was in love would at least appear more excited. It sounds like that she only did the show for fame and fortune. The odds of her bridal business taking off along with other ventures are very promising and who knows, she just might be the next contest on Dancing with the Stars.

Interestingly, Des is being coy about her choice and if she found love – and now Sean Lowe tells PEOPLE, “I’ve said from the beginning, my vote was always for Des. She’s America’s sweetheart, and I think she’s going into it with sincere intentions.” Mr. Lowe if your vote was for Des than why did you not pick her and how can someone claim to be in love for one season of the Bachelor and then do the Bachelorette with an open heart. PLEASE give us a break!!

Des is still speaking highly of Sean and in a statement to EONLINE said, “You know, I learned from Sean like, I took each and every day, you know, separately and really focused on each and every relationship. And I believe Sean was really good at that. From my experience being on The Bachelor, I was able to put myself in the guys’ shoes to really understand what they were feeling. I think I did that pretty well.”

Des, you learned from the man that did not want you to take each day separately which is a joke since you have many men each day to choose from – and in an absurdly short period you are expected to choose the love of your life. It appears the writing is on the wall and these two continue to gush over one another despite the fact both were the Bachelor and Bachelorette on separate shows and seasons. In the end, only the two of them know what really happened during their relationship; however, there appears to be some unresolved love.

If you want someone who’s just really down to earth and has a good heart than stay off of reality television Des. We don’t know if love was truly found and we’ll all just have to wait and see how it turns out when the final rose ceremony airs… and after of course.

Do you think Desiree is engaged? Will it last or just another season for the Bachelorette that will end up like all the others – in disappointment?