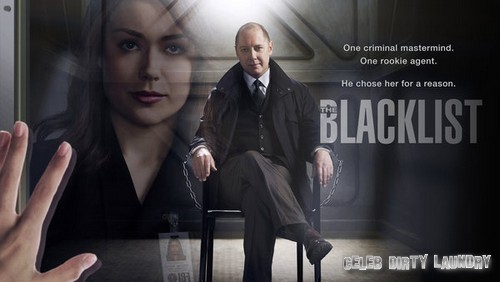 WHO IS “RED REDDINGTON?” will be one of the biggest questions the characters in the new criminal drama, The Blacklist, will be faced with this season. The show stars James Spader, famous for his role on Boston Legal, and people are already getting quite excited for this anticipated crime/thriller/mystery series to get the ball rolling off to an epic beginning.

The show centers around a shady character who, for many years, was known as “The Concierge of Crime.” But now he’s mysteriously turned himself into the FBI, and he carries with him a hard-to-refuse offer: he’ll help them catch some of the world’s baddest baddies, so long as he works exclusively with Elizabeth “Liz” Keen (Megan Boone), who’s fresh out of Quantico.

Here’s the official synopsis for the first episode: WHO IS “RED REDDINGTON?” – SERIES PREMIERE – Ex-government agent and one of the FBI’s Most Wanted fugitives, Raymond “Red” Reddington (James Spader) mysteriously turns himself in to the FBI and offers to give up everyone he has ever worked with including a long-thought-dead terrorist but under one condition – he’ll only talk to newly-minted female FBI profiler, Elizabeth Keen (Megan Boone) with whom he seemingly has no connection. For Liz, it’s going to be one hell of a first day on the job and what follows is a twisting series of events as the race to stop a terrorist begins. Also starring are Diego Klattenhoff, Harry Lennix, and Ryan Eggold.

Doesn’t sound half bad, right? Pop some popcorn, grab a snuggle buddy, and definitely tune into this hot new series, which premieres next Monday (9/23) at 10/9c. Check out the great gallery of pics and hot vids we have for you below!