BY Nicholas Sanford on April 4, 2013 | Comments: one comment
Related : Spoiler 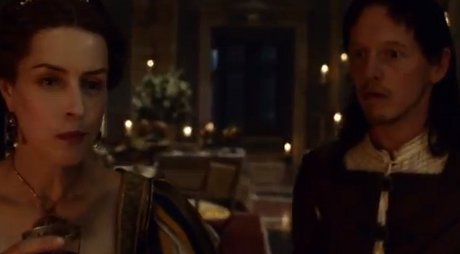 The Borgias are described as being the “original crime family” and new episodes are coming your way beginning Sunday, April 14th. It’s no surprise that the Borgias are a bad breed of humans, and they certainly don’t let anyone or anything stand in the way of their less-than-savory agendas, but with the return of the show this crime family just might have someone with the necessary chops to bring them down. All the way down.

Gasp. In season 3, the newest enemy is a fearless assassin who goes by the name of Rufio. His skills as a trained killer are unparalleled and his sleuthing skills are not matched by anyone out there. So, if anyone has the necessary equipment and motivations (he simply hates the Borgias) it’s definitely this dude. He’s out for blood, and chances are he will get it.

In case you’re a little behind and aren’t sure of what The Borgias have to offer, check out the show’s description, courtesy of Showtime, and don’t forget to tune in on April 14th for some scandal and blood and deception.

Jeremy Irons stars in THE BORGIAS, the saga of history’s most infamous crime family. Conspiring with his ruthless sons Cesare and Juan and poisonously seductive daughter Lucrezia, the charismatic Rodrigo Borgia will let nothing and no one stand in the way of his relentless quest for wealth and power. Mercilessly cruel and defiantly decadent, intimidation and murder are his weapons of choice in his scandalous ascension to the papacy in Renaissance-era Italy.

Are you a follower of this show? If so, tell us your fave thing about the series and what or who you’re most looking forward to in the new episodes to come!