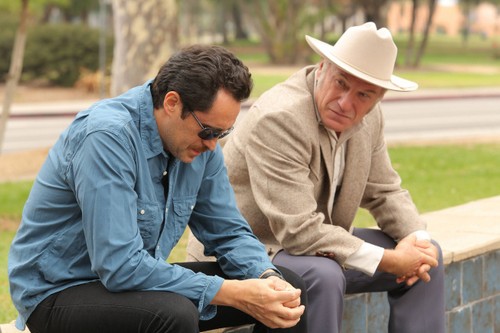 Tonight on FX their new crime drama thriller THE BRIDGE returns with the penultimate episode of season 1 called, “All About Eva.”  On tonight’s show Charlotte forms an unlikely alliance..  If you missed last week’s show you can read and detailed recap, right here.

On last week’s show there was a showdown on the bridge as the Killer reveals his endgame. the episode was written by Dario Scardapane; directed by John Dahl.

Good new released FX has decided to renew The Bridge for another season.  It took a long time for them to make the decision but I am glad they decided to give it another change.

Tonight’s episode is going to be another action packed one, which you won’t want to miss, we are down to the last episodes. So be sure to tune in for our live coverage of FX’s The Bridge Season 1 episode 12 — tonight at 10 PM EST! While you wait for our recap check out the sneak peek video below of tonight’s episode!