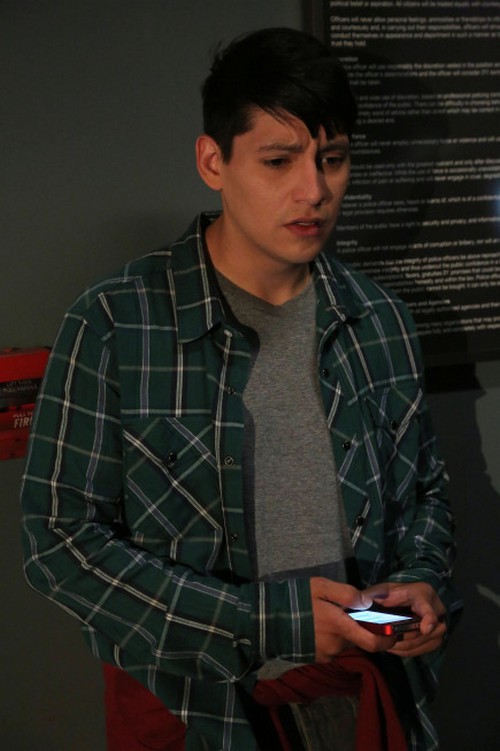 Tonight on FX their new crime drama thriller THE BRIDGE returns with a new episode called, “The Beetle.” On tonight’s show Linder reveals his true feelings.  If you missed last week’s show you can read a full review, right here…

If you have never watched the show the Bridge is a present-day crime thriller exploring the tensions on the U.S.-Mexico border. When an American judge known for her anti-immigration views is found dead on the bridge connecting El Paso and Juarez, Sonya Cross (Diane Kruger) from El Paso PD must work with her Mexican counterpart from Chihuahua State Police, Marco Ruiz (Demian Bichir), to catch a serial killer operating on both sides of the border.

On last week’s show Sonya pursues a cold lead despite Marco’s insistence that it’s a dead end. Charlotte finds out that Ray has jeopardized her ranch.

On tongiht’s show Marco reconnects with a friend from his past and races to save his family. Charlotte responds to her biggest threat. Linder reveals his true feelings.

Tonight’s episode is going to be another action packed one, which you won’t want to miss, we are down to the last episodes. So be sure to tune in for our live coverage of FX’s The Bridge Season 1 episode 9 — tonight at 10 PM EST! While you wait for our recap check out the sneak peek video below of tonight’s episode!

In an apparent car accident, Kenneth, watches a woman being pulled out of the wreckage. She’s quite pretty but very blooded up from the accident. It seems like Ken cared for her. The whole scene is gut wrenching as he comes to terms with the fact someone is dead. The person’s face is obscured but whoever they were was very important to Ken. Is this a hallucination or a memory?

Marco is the one that has to deal with his captain’s demands. They want the killer caught yesterday. The last person he killed was a big deal on this side of the border. The captain is worried that Marco is too caught up with Sonya to do his job properly.
The moment the captain is gone Sonya asks Marco about his affair. He never loved the woman but he didn’t exactly the casualness of what they were doing. Yet the one thing that keeps running through Sonya’s mind was what if the husband found out about the affair. Marco swears he didn’t and yet what if the husband was biding his time. What better revenge than one unexpected.

Marco and Sonya go out to find his family. If what Sonya suspects is true his family can be in danger. Luckily they’re with family. Sonya needs to know more about his former friend. The man now known as Ken. Marco explains how methodically the guy was. But that was before the accident. The one where he lost his own family. Sonya inappropriately says that may have only made him more driven and least likely to create mistakes. So not what Marco wanted to hear but she couldn’t help being insensitive. It’s just how she is. He just got Sonya agree to la of the doom and gloom when he gets the call. Ken has found his Barbie, Marco’s wife. He has her and the two kids. Once he assures Marco he had them it’s now time to have some fun.

Meanwhile Charlotte was in the barn when Graciela Rivera came in with one of her goons. She had almost started cutting away pieces of Charlotte when luckily Cesar appeared and lent some assistance. He got rid of the goon and she killed Graciela. The wicked witch had it coming. Don’t expect any remorse from Charlotte.

The only person safe from Ken is Gus. He’s most likely due to chat up girls when his family went on their little trip. Still he’s surprised. His dad swore they had the guy before. For that to be false the little girls with Ken can be in serious danger. The cops found Ken’s den of evil and as they’re there, Ken has taken Marco’s family to a deserted cabin. It’s literally out in the middle of nowhere.

He tells Alma he has a surprised. She closes her eyes and when she opens them she finds a grenade in her hand. He locks her in with the girls and flees despite her screams for help and mercy. She can’t drop the bomb. Not with her kids inside.

Gus realized that he has to tell his dad about his chat earlier with Zena. He thought he was texting her details of the case but she didn’t know anything about that. He was giving away details to someone else. He inadvertently helped Ken. They set up a bust but Ken is too smart not to notice the police van. He sends in a distraction and makes his escape.

The police don’t get him but they are able to track down his cabin. Lieutenant Wade evacuates the girls and leaves Marco to deal with Alma. Slowly he transfers the bomb into his own hands and throws it away. Alma is safe but eventually she will have to explain what she was doing with Ken. Family outings aren’t usually done without the dad.

Poor Steven. He has feelings for Eva and doesn’t quite how to voice it so soon. A part of him feels unworthy of her for things he’s done but he wants to be honest with her. So he admits to killing Hector. As he’s free now he feels nothing but relief. What he didn’t see was her expression when he hugged her. She’s not exactly at the hugging stage.

Sonya was with Gus when they got the happy news about his family. She was giving him a ride when they both came to the conclusion that Ken was done. It wouldn’t make sense for him to be done. They were about talk further when Sonya’s car is pushed off the road. She’s barely conscious as she witness Ken steal Gus from out of the car.

What will he do with Gus? Will he torture an innocent kid in order to get revenge?