“The Expendables” Gets a Sex Change: Meryl Streep to Channel Arnold Schwarzenegger in “The ExpendaBelles” – All Female Version! 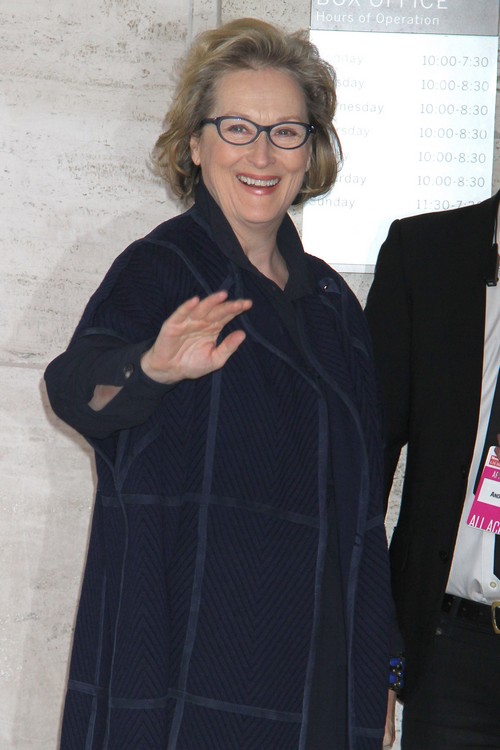 There’s a rumor going around that Meryl Streep is being considered for a female version of the hit The Expendables. Deadline reported that Millenium Films head honcho Avi Lerner is chomping at the bit to revamp the popular action franchise to appeal to us ladies. I don’t know guys, I can’t really see the Yale Drama School grad doing her best impression of Arnold or Sly. It’s early yet for Halloween, no?

The working title is The ExpendaBelles. Well, there’s nothing like a female-friendly title to get the women into the theatre. Lerner is negotiating with Meryl, Cameron Diaz, and Milla Jovovich to show the muscle-bound heroes of the first two Expendable films how it’s done.

Lerner is searching for a female director to helm this lady action flick, along with Legally Blonde writers Karen McCullah and Kirsten Smith. Insiders say a director must be found before casting this would-be blockbuster.

Meryl proved she had action mettle in the 1994 film The River Wild. But somehow I get the feeling it just isn’t on her bucket list to do a movie where she can channel her inner she-male. While she’s known for being a chameleon, I can’t really see the prissy and staid Streep going hell for leather in stiletto boots against say, Mickey Rourke, and turning towards the camera and demanding to know what her motivation is. Nope, can’t see it.

I certainly hope Lerner isn’t going to limit himself in what actually could be an awesome chick flick. Sigourney Weaver — fellow Yale Drama School classmate of Streep – earned her card in the whup-ass club years ago with a fine ass-kicking turn in Aliens. What about Linda Hamilton? Geena Davis? Sharon Stone? It’s proven they kick ass!