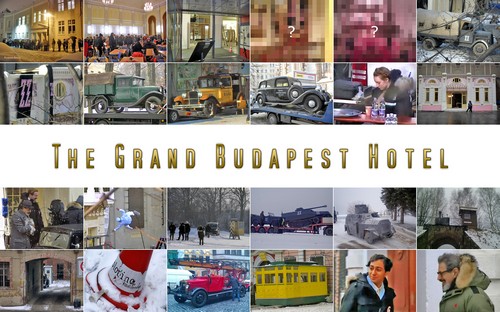 The Grand Budapest Hotel has been on every ‘Most Anticipated’ list for a very long time, every since it was first announced. The cast itself is absolutely phenomenal, packed with Wes Anderson regulars as well as newcomers. The full cast includes Ralph Fiennes and newcomer Tony Revolori, and it is supported by Tilda Swinton, Saoirse Ronan, Bill Murray, Edward Norton, Harvey Keitel, Owen Wilson, Adrien Brody, William Dafoe, Jude Law, Lea Seydoux, Jeff Goldblum, Jason Schwartzman, and Tom Wilkinson.

The trailer is very stereotypically Wes Anderson, with the quirky and humorous dialogue and the super saturated colors. Anderson’s attention to detail, especially in the cinematography, is in full view here and you can almost feel the labor of love that went into every scene. For fans of Anderson’s previous work, including Moonrise Kingdom, The Grand Budapest Hotel looks like it will be a must-see film.

The very rough synopsis of the story is, “The adventures of Gustave H, a legendary concierge at a famous European hotel between the wars, and Zero Moustafa, the lobby boy who becomes his most trusted friend.” From the trailer, it seems like Gustave H [played by Ralph Fiennes] and Zero [played by Tony Revolori] get embroiled in a possible murder investigation and then have to flee the police and everyone else chasing them.

The dialogue is wonderfully quick and unique in the way that that only Wes Anderson films are, and it’s got such a vivacious energy to it that you can’t help but feel excited for the film. The film releases on March 7th, 2014, and will probably play well into the summer.

Are you guys excited to see The Grand Budapest Hotel, and did you enjoy or dislike the trailer? Let us know your thoughts in the comments.